FinTech – The Game Is Set to Change In India

Financial Technology (FinTech) is a relatively new sector that uses technology as a pivot to provide financial services. The prime driving force behind the evolution of FinTech is the desire to make the financial services more efficient. Setting up a kiosk with an ATM was a disruption in the banking industry wherein the customers were NOT wanted by the banks to step into their branch to draw cash. Such automation freed up resources such as the time of the teller, real estate, etc. to be used more efficiently. In the same vein, a lot of financial services which the retail and the b2b consumers patronize will get revolutionized and offer a user experience which will be far superior and efficient.

What is the problem that the FinTech players are solving in India?

If we take ?payments? as a segment, a lot of consumers of online shopping were hassled by the multiple levels of security checks they had to undergo while buying online via a PC. First, there is a user id that they have to keep ready followed by the primary password and the secondary password (in some cases). On top of this, there may be an alpha-numeric grid which corresponds to a unique debit card in case of net banking. Sitting astride all this is the OTP (one-time password – which was initiated by the central bank to avoid online frauds) which gets sent to your registered mobile number to complete the transaction. Along came smartphones and online purchasing apps meant for e-commerce via handheld devices. Mobile wallets solved a lot of these problems while transacting via a mobile making purchases of everyday items easy to execute.

Mobile wallets preclude the hassle of user ids, passwords, alpha-numeric grids on debit cards, OTP, etc. However, the challenge now for the facilitators of mobile wallets is the low balances kept in the respective wallets since the consumers are now analyzing the opportunity cost of losing interest on the balance kept in a regular bank versus the convenience of such wallets.

You May Also Like To Read:?Will UPI by the Govt. of India Kill Other FinTech Players?

In India, the Reserve Bank of India has allowed operators of mobile wallets to pay interest on the balance maintained. It is yet to be seen whether this move aids the transfers of cash from regular banks to mobile wallets thereby increasing the balance in the latter. The most recent disruption in payments appears to be the introduction of UPI (unified payments interface) which integrates all your bank accounts and merchants making payments far more secure and hassle-free. Anticipating this, many of the mobile operators are applying for a banking license.

Payments are just a small part (but is synonymous with FinTech) of the overall FinTech domain which is witnessing ground-breaking innovations which will make financial transactions much more intuitive. With mobile penetration increasing with each passing day, FinTech will have far-reaching influence in the hinterlands where traditional financial institutions were not able to reach.

Investors are in love with FinTech

The potential of FinTech as a sector has not gone unnoticed by the investors who are betting big on this sector. To give you a perspective, global investments in FinTech have increased from a little over USD 1 billion in 2008 to USD 22 billion in 2015.

The biggies are joining the bandwagon too

Many banks and traditional financial institutions that initially had reservations regarding the FinTech emerging as direct competition to them are now partnering with such innovative startups to offer smart solutions to their customers. Case in point is Fidelity Investments recently partnered with FutureAdvisor. Having said that, the FinTech startups too are accepting the fact that they have to work together with established and traditional players to reach the customers. For both the players, the trick is to optimize the offering such that the client’s experience is enriched which makes them come back to you for more.

The future is even more exciting

If today, payments are the darling of the investors, given its sheer potential, coming years (or maybe even months) will witness the emergence of another such phenomenon which, right now, is shaking the financial institutions to the core ? blockchain. With the potential to obviate the transactions in hard currencies, blockchain right now appears to be an incredibly ethereal concept that gives even the C-suite financial executives a hard time grappling with the basics. With mobile penetration increasing, prices of data access on mobiles reducing rapidly, adoption of such innovative products will attract a lot of young founders of FinTech startups to test their ideas. Investors too are hungry for the share in the pie which appears to be growing bigger and bigger by the day.

The ATM that disrupted banking transaction in the ’60s is now on the brink of becoming irrelevant. And in a few years, you may not have to take out your wallet from your back pocket of your trouser as that too may disappear into oblivion.

The entrepreneurs in India have a unique chance to ride this wave and build a robust business in FinTech; Let us see who will bell the cat and create the next big thing from India. 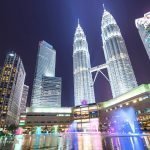 The State of FinTech In MalaysiaFintech, Startup Thought Leaders 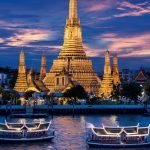 The State of FinTech in ThailandFintech, Startup Thought Leaders