From Cash to E-Wallets: Myanmar?s Next ?Leapfrog?

In the US and Europe, banks have lost their competitive advantage over other money parking options. Putting your money in the bank instead of under your mattress made a lot of sense 20 years ago when savings accounts still paid around 10% interest.? It even made sense ten years ago when they were still paying around 5% interest.? Now that banks are paying interest rates of practically zero for deposits, you may as well keep your money in an e-wallet if you aren’t going to invest it somewhere.? With the recent advances in fin-tech and the growing popularity of e-commerce, more and more people in the US and Europe are migrating away from traditional bank accounts and toward e-wallets for their “spending money”.? Having an e-wallet is convenient.

This is not dissimilar to the migration that US and Europe made from landlines to cellphones.? First people only had car phones (Do you still remember those?) and cell phones for emergencies.? Then they became a convenience and then a necessity and then a commodity.? At that point, many people stopped bothering with landlines altogether.? In Myanmar, the phone transition was a bit more abrupt.? In a matter of about three years, consumers in Myanmar leapfrogged directly from no phone to smartphone.? Now, the cell service in most of Myanmar is better than many places in the US.

Myanmar poised for another leap

The same kind of jump is poised to happen with banking in Myanmar.? Currently, only about 16% of adults in Myanmar have bank accounts.? With 38% of the population of 51 million under the age of 20, that translates to just over 5 million people with bank accounts.? On the other hand, there are over 10 million active Facebook users.? With twice as many Facebook users as bank account users, it isn’t hard to see why Myanmar is poised for another leap, particularly when one considers that the number of Facebook users is increasing exponentially while the number of bank users is practically stagnant.

Regulatory hurdles need to be removed

Recent regulatory changes have made “mobile money” legal and there are currently eight major players competing for shares of the market.? Research by Moody’s Analytics suggests that adoption of cashless financial systems by other countries in the region had a direct correlation with economic growth, as demonstrated by Thailand and Vietnam.

The potential for financial inclusion and economic growth from the pending e-wallet leap in Myanmar is enormous.? The only real question that remains is whether or not the regulatory hurdles preventing the linking of Myanmar’s e-wallets to international exchanges will be removed to allow this leap to reach its full potential.

Of late, banks in Myanmar have started either venturing into fin-tech business or collaborating with these companies to keep up with the latest in technology. One of the reasons for these developments is the fear that banks have of losing their subscription base to the new fin-tech companies.

The latest example is the starting of an e-wallet service by Myanmar Apex Bank (MAP), the first financial institution in the country to enter into the business of cashless transaction system. Reports suggest that other banks will very soon follow the suit. Given the rising mobile phone penetration rate, fin-tech is set to disrupt the formal financial system of the country.

You May Also Like To Read:?Real Estate Tech in Myanmar

MAP, in an official statement, has acknowledged the growing importance of mobile connectivity and said that any person with a cell phone ? whether Android-based or non-android-based keypad model ? can get an account opened from his/her residential location and the customer doesn’t need to visit the nearest branch. After opening the account, the customer can access all types of banking facilities and can perform all sorts of banking services.

Another similar tie-up was announced by Yoma Bank and Norwegian?owned operator Telenor Myanmar. This joint effort to have an e-wallet known as Wave Money was the first such operator to receive a license to begin operations in the country so it can leverage the benefit of the fast proliferation of mobile connectivity.

Banks involved in e-wallet businesses agree that there is intense competition in this new market, which is positive for the people of Myanmar who will benefit from innovative products at reasonable cost.

Transactions without Point of Sale (POS)

Even the people who do have ATM and debit cards will find mobile money more convenient to use. To use a credit card, you need to visit the a shop that has the POS device to swipe your card to make the payment.? So even though the point-of-sale transaction is a cashless transactions, it requires the POS device to make it happen. However, there is no such restriction with the mobile money. Mobile money and e-wallet allow customers to make payments for services anywhere they want.? If the proliferation of cell phones has taught us anything, it is the fact that convenience wins out in the long run.

Of course, one of the greatest contributions of mobile money to Myanmar will be financial inclusiveness. People who haven’t been a part of the banking system in the past will be able to jump right into mobile enabled financial activities without ever knowing the complications of a traditional banking system.? Explaining a checking account to the next ?generation of mobile money users will be like explaining rotary phones and answering machines to the current generation of phone users.? Thanks to technology and enabling government regulations, Myanmar is in the process of making another great leapfrog. 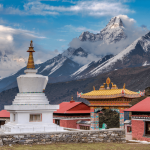 The State of FinTech in NepalFintech, Startup Thought Leaders 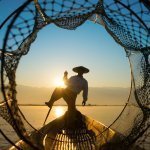