The year 2016 was seen as a correction phase for the Indian startup market. There was a dearth of late stage start funding in H1 2017 in India, forcing many of the established?startups?to relook at their bullish market capturing and growth strategies, which were making many of them bleed profusely. Most of the known startups went on to lay off their staffs and resorted to other short term cost cutting strategies to sustain their operations while waiting for the next round of funding. All these caused a big turmoil in the ecosystem, and one or another startup remained in the media for the wrong reasons.

During the period, 54.6% of the total funding went for Seed or Angel rounds while 12.7% went for Series-A rounds. When compared to the same period in 2016, the contribution of early stage funding has down by 23%, which shows that after the turmoil of 2016, investors are gaining confidence back in the established startups in the country and investing more funds in later stage rounds.

Talking about the industry, fintech, e-commerce, and healthcare make to the top three positions for the most sought after segments among the investors. Though E-commerce has seen it?s all time low with the fewer number of deals, it still managed to retain the top position after the much-hyped fintech segment.

Investment rounds that made headlines

India’s largest online retailer Flipkart remained the highlight of all the funding deals in H1-2017 by closing a mammoth round of $1.4 billion in April from Tencent Holding Ltd, eBay Inc., and Microsoft Corp and $71 million round in July from Naspers. The infusion of capital further consolidates its position to compete with its archrival Amazon India.

Flipkart was followed by Ola and Paytm, with Ola raising three rounds of funding during the period and Paytm e-commerce raising $300 million round from Alibaba. Ola raised $330 million from Softbank, $105 million from Falcon Edge Capital and $50 million from Tekne Capital.

Gurgaon-based wind energy firm ReNew Power raised $200 million from JERA, which is a subsidiary of Tokyo Electric Power. ReNew Power targets to become one of the leading renewable energy producers in India, initially focusing on purchasing and operating the majority of wind farms in India.

Another green energy producer Hero Future Energies is next on the list with $125 million round from International Finance Corporation.

Later we saw local e-commerce giant Flipkart acquiring eBay India business in a bid to fight against rising competition from Amazon. As part of the deal, eBay Inc has put $500 million in Flipkart and sold its India business to Flipkart at a valuation of $200 million.

In June, online food discovery and delivery platform Zomato bought hyper local delivery startup Runnr and prepares to start its own food delivery platform. The merged entry of RoadRunnr and TinyOwl, Runnr was valued at $40 million at the time of the deal.

By the time, we are completing this report for H1 2017, Flipkart looks quite positive with its bold move to acquire troubled e-commerce and its homegrown competitor Snapdeal in close to a billion dollar deal. Even though the promoters and early investors in Snapdeal are not supporting the acquisition, the deal has the blessings of gargantuan Investment major, Softbank Capital. Softbank is a leading investor in Snapdeal and is looking to roll up its investment to outrun e-commerce giant Amazon.

In the meantime, Snapdeal has sold its mobile-wallet subsidiary Freecharge which it acquired in $400 million deal to Axis Bank in $60 million. This $60 million will help Snapdeal to continue its operation as an independent unit on a small scale, which they are calling Snapdeal 2.0

“Even though the funding scene in Indian startup ecosystem is regaining momentum, Flipkart and Paytm cornered most of the funding in H1 2017, signaling a drought of funds for other players in India.” says Abhishek Singh, Co-Founder YoStartups.

In addition to this in the first half of 2017, average ticket size of the funds raised in Series-A rounds was smaller than those raised in 2015 and 2016. Series C has become even tougher in the first half of 2017, seeing the lowest figures since 2015, both for the number of deals and funds garnered. All in all, the mid range funding has taken a hit with timelines for raising series B and C rounds moving northwards.

The first half-year of 2017 has been tough on the investors as well, who are yet to see good exists this year. The momentum may not change substantially in the next 6 months, though the India story is more attractive than ever and investors are keen to latch on to the bandwagon, provided we can demonstrate good business models.

Jappreet Sethi
Jappreet Sethi is the CEO and the founder of YoStartups. He is an HR & Business Strategy professional with experience of leading HR & People Consulting practice of multinational professional services firms. He has over a decade of experience across various facets of HR and is a Six-Sigma Black Belt along with a certification in using Lean for process improvement. He is a visiting faculty in the top management institutes, and his views and articles have been published by leading publications globally.
Recommended Posts 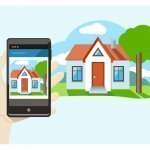 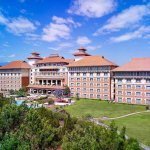