The State of FinTech in Portugal

Portugal marks one end of Europe’s mainland boundary on the southwestern side. It looks into the Atlantic Ocean from the western and the southern side. Its eastern and northern part shares a 1214 km of the longest uninterrupted border with Spain.

A powerful colonial country, Portugal ended its imperial ambition in 1999 with the handing over of Macau to China. Its modern history witnessed several turbulent times that concluded in a bloodless coup in 1974 with the end of dictatorship and beginning of democracy.

A democratic Portugal diversified its traditional agrarian economy into other service-based activities, and during the 1990s its economy remained stable and sound. However, the economic recession of 2008 broke its back. It became the third country after Greece and Ireland to opt for EU and IMF bailout package worth 78 billion Euros. It has taken several measures to cut down expenses, which have resulted in achieving some economic growth, of late.

According to worldometers.info, based on the most recent estimations of United Nations, Portugal’s population, as on February 9, 2017, is 10,280,171, which is 0.14% of the total world population.

It ranks 88 among the countries by population. Its population density is 112 per sqr km and 66.7% people live in urban areas. As far age structure, the highest percentage of individuals, i.e., 42% are in the age group of 25 to 54 years, and 11.5% population are in the age bracket of 15 -24. The country’s literacy rate is 95.7%.?? In numeracy, literacy and science test conducted by Paris-based Organization for Economic Co-operation and Development (OECD) in 2009, Portugal stood 22nd among 65 worlds top education providers.

Another ranking conducted by the brand strategy firm BAV Consulting and the Wharton School of the University of Pennsylvania in 2016 shows that Portugal earned 23rd position for being the best countries for education among the World countries. The ranking is done by three factors – top quality universities, well-developed public school system and profile of students attending college.

IST, Nova SBE or Cat?lica University are internationally acclaimed universities in business and technology in Lisbon and pass-outs from these universities are eager to take a plunge in startup business due to the growing trend.

Though Portugal’s startup history is merely five to seven years old, however, it has emerged among the most promising startup hubs in the world. According to European Startup Monitor, the hub of startup eco-system is the capital city of Lisbon where 32.8% startup firms have been set up, followed by Braga and Oporto.

Lisbon’s low cost of living, excellent quality of life and talented pool of graduates attract global firms to open their offices in the city. Investment is available here as venture capitalists support and fund innovative projects.

While the European Union spends on an average 25 euros and Germany 32 Euros for an hour of labour work, Portugal is among the cheapest 13.2 euros. Portugal’s small population encourages youngsters to experiment ideas which can be scalable globally, and that’s why the country’s startups have global appeal and success. About 20% startups belong to IT, and software development and 30% of all the startups are relatively young (about a year old) and still at the early stage of development.

How big is the FinTech pie in Portugal?

European Startup Monitor (ESM) report says that 44% startups work in digital industry and innovation area as the country follows the innovation trends of North American and European. Considering the size of the FinTech market, tech entrepreneurship is growing significantly. Reports suggest that in 2016, total VC investment out of nine deals amounted to $18.5 million. This amount is six times more than that of 2015.

86.6% of funding comes from personal savings of promoters of startups, according to ESM survey, however, of late, funding from incubators and accelerators, venture capitalists and banks have gone up indicating that the ecosystem is coming of age.

Undisclosed ?multi-million-pound’ investment by Citigroup in Feedzai, a FinTech which uses software to detect financial anomalies and fraud in banking and e?commerce in European and US companies is a recent instance of global venture firm showing their interest and confidence in Portuguese innovation. Another company Crowdprocess has earned significant popularity with its product James which claims to introduce artificial intelligence for credit risk.

The arrival of the Road 2 Web Summit, one of the biggest annual international competitions for startups, to Lisbon for three years has further brightened the startup scene in Portugal. It invites startup entries, and experts in the panel judge their innovative potential, based on which, they select the deserving ones to provide all kinds of promotion and support.

The Web Summit of November 2016 witnessed more than 50,000 techies across the globe competing each other enthusiastically. The government also announced a package of ?200 million to support promising startups as well as provide an incentive to foreign firms if they relocate to Portugal. Besides, Web Summit, Lisbon Investment Summit (LIS) works as a catalyst for seed and early stage startups. It helps step up the ecosystem locally and act as a bridge between local entrepreneurs and global investors. The participation of foreign startups enriches the startup climate in Portugal.

In 2015, LIS helped Portuguese startups raise more than ?130 million for startups such as Uniplaces, Veniam, Talkdesk, Aptoide or Outsystems. As far as traditional financial technology is concerned, Portugal leads the way in Europe. A look at European terminals and card transactions benchmark of 2011 shows that Portugal had 1624 ATMS on one million inhabitants, which was 87% more than the EU average of 870 on one million. Similarly, Point of Sale (POS) terminals were 26 for on thousands of inhabitants which was also 46% more than the EU average of 18. Even card transaction per capita is 183 in Portugal which is 148% of EU average of 74.

Several reports indicate that Portugal stands to gain from Brexit as restrictions to access the EU market for UK-based FinTechs will force them to move out of London to emerging European locations. Reports say in the last seven years, for the first time in 2016 investments by venture firms fell by 15% which shows uncertainty among various stakeholders.

European countries want to make the most of Brexit, and some of them have started announcing tax incentives and investment relaxations to attract FinTech firms. Portugal is also up to grab a share of it by unlocking more capital for startup sector.

The government has initiated a programme called Startup Portugal under which it has announced several new policies measures to support emerging startup ecosystem. It has extended financial assistance up to ?400 million to all stakeholders beginning from startups to accelerators to venture capitalists.

It’s a four-year plan which focuses on three areas of operation ? Ecosystem, Funding and Internationalization. Some of the salient features of the programme are to identify and overcome sectoral and regional gaps in the acceleration plan, business incubators, fab labs, maker spaces and design factories; to increase the international competitiveness of these assets; to promote the sharing of physical resources and know-how, to support greater professionalization of teams etc.

Accelerators and incubators arrived on the startup horizon in Portugal way back in the 2000s and according to reports, there were 23 incubators in the country then, however, it intensified in 2010s and since then now and then a new incubator in one city or the other in the country.

Some of them which are associated with regional universities are Instituto Pedro Nunes, Tagus Park and UPTEC.

Banco de Portugal is the central bank, funded in 1846, which regulates all other banks and financial system in the country. There are total 150 banks, important among them are Caixa Geral de Depositos, SA; Banco BPI, SA; Banco Comercial Portugues, SA (BCP or Millennium BCP) and Banco Santander Totta.

Regarding market share, the largest commercial bank is the Banco Comercial Portugues, SA (BCP or Millennium BCP). The collapse of one of the prominent banks like Banco Espirito Santo, SA and huge financial loss to Novo Banko in the financial crisis starting from 2008 to the end of 2012 have eroded people’s confidence in the banking sector.

With the help of bailout package from EU and government’s effort, the banking sector showed revival from the beginning of 2013, and the country exited from EU’s bailout programme from 2014. Reports say that the government is still struggling with high taxes, low growth output and unstable financial institutions.

Experts view that the financial crisis which led to a loss of jobs left many youngsters with no option but to work on their entrepreneurial ideas with a global perspective.

Many experts believe that Portugal’s startups have yet to pass the crucial test of growth stage funding after a couple of years.? Seed and early stage funding are easily available in the existing ecosystem, but for the growth stage fund, companies will have to market itself in relatively more mature FinTech locations such as Dublin, London, Hong Kong or Singapore. Private equity players are limited in the European market, and the country will have to set its eyes on Asian and US giants. So it is yet to be seen how the startup sector in Portugal performs when it hits the growth stage. 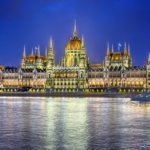 The State of FinTech In BulgariaFintech, Startup Thought Leaders 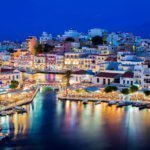 The state of FinTech in GreeceFintech, Startup Thought Leaders