The global food requirement is expected to double by 2050 and keeping in mind the limitation on the natural resources available for agriculture, the answer to the rising concern for food security lies in technological innovation.

It’s a matter of great satisfaction that the agriculture sector has received a considerable response from entrepreneurs and innovators worldwide and that the sector has witnessed some of the greatest innovation, which can not only address the issue of food security in the future but also improve the life and economic standard of poor farmers.

Of late, the investment patterns in agricultural innovation suggest that the scope of Agtech is expanding, and that investment and financial support to startups engaged in agricultural research and development continues to be strong.

According to a report recently released by AgFunder, an online investment platform for Agri-food technologies, 2015 saw $4.6 billion investment in over 500 deals across 450 enterprises in Agtech, and 2016 continued the growth trend but on a different level.

While the total investment went down by 30%, the number of deals went up by 10% suggesting expansion in innovation and its funding. 2016 also witnessed 670 unique investors in Agtech.

The decline in total investment was due to a decrease in funding in robotics, farm equipment, food delivery and bio-energy. Experts believe that since 2015 receive a huge jump in Agtech investments, the decline is 2016 could be due to cautious approach of investors and focus on business models of these companies.

When compared with 2014 when the total investment was $2.4 billion, 2016 still did well with $3.2 billion. So there is no reverse trend but some of the big investors want to wait and watch to see the market performance.

Seed Stage Funding is up in 2016 for AgriTech Startups

Seed Stage is the first stage of venture capital funding in a company which needs initial finance to support product development and its marketing.

When an innovative concept or its prototype looks promising and seems to have potential to become a cost-effective and useful product, a venture capitalist invests modest money for the development of the product and often in exchange gets an equity stake in the company.

This 16% increase is a good sign for the sector as it shows that infrastructure to support startup is expanding and Agtech-based accelerators are increasing. It’s good for an Ag-tech eco-system. Accelerators provide mentoring and an alternative source of funding. Since accelerators play a key role in the ecosystem, their active support will help a lot of startup activities and budding players get wider opportunities.

You May Also Like To Read:?50 AGRITECH PLAYERS TO WATCH OUT FOR IN 2017

Another positive trend is a decline in seed stage funding in the US which shows that other countries are participating in agricultural innovation and it’s getting more diverse. It’s another good sign which shows that Agtech will have a universal presence. Though the US led the Agtech investment ranking, US startups earned only 48% of all deals, a considerable decline from 90% in 2014 and 58% from 2015.

AgFunder, in its report, gives credit to some big investment deals that India and China bagged for the rise in funding to non-US Agtech startups. While China got $427 million from 10 deals, India raised $313 million from 53 startups.

Even in 2015 the Indian and Chinese Agtech sectors did well, while Southeast Asian countries showed perceptible interest in technological solution for the increase in food produce.

For instance, Indonesia attracted four good investments in the Agtech sector, and food aggregators and other Agtech startups from Malaysia, Vietnam, Laos, Cambodia, Thailand, Myanmar, Singapore and the Philippines kept the momentum going.

Some of the Southeast Asian startups which made their presence felt locally as well as globally are North Atlantic, Inc, Vasham, iGrow and eFishery to name a few.

40% of total funding, or $129 billion, went to food e-commerce startups that sell either cooked or raw food through the internet or mobile applications to their customers. E-commerce forms an important sub-sector of Agtech as mobile services and the internet play a great role in the delivery and supply of food.

The reasons behind the rise in food e-commerce globally are many, including the rise in consumerism, passion for food, convenience of buying and the rise of the middle class in Asian countries.

Biotechnology and investment in precision agriculture technology stood at a second and third place with $719 million and $407 million investments respectively. Data capturing device, farm-management software, and drone technology attracted significantly fewer investments in 2016 than in 2015. In 2015, 70% of investments were made into food e-commerce, irrigation, water technology, drones and robotics technology.

However, startups that concentrate on farming insects, microbes, algae, and indoor food crops witnessed more funding in 2016 compared to 2015.

Categorised as Novel Farming System, startups look for innovative techniques to increase agricultural and biological products. While in 2015 this sub-sector earned $158 million from 23 deals, it went up to $247 million in 43 deals.

Sensing and Internet of Things (IoT) are part of farm management software which received 3.7% of the total Agtech investment. With the help of IoT, machines can establish an automatic communication and coordinate to provide an auto response to situations. This latest revolution in agriculture is currently in the experimental stage in some developed countries and investors’ growing confidence in this sub-sector is good for overall agricultural output.

Investment in Agtech was quite moderate in the years before 2013 as people mainly associated with farming, such as agricultural institutes and related bodies, played their role in Agtech. Biotechnology, seed genetics, and genetically-modified crops were some of the areas where these researchers concentrated their efforts. But 2013 came as a trendsetter and Agtech saw a huge jump in venture capitalist funding, startup activities, and new areas of innovation.

At a time when the positive impacts of mechanisation of agriculture in 1920s-30s and green revolution of the 1940s to 1970s failed to fulfil the need for food products due to rise in population and demand for nutritious food, new technological innovation holds the key to future food security.

The investment trend was $0.4 billion in 2010, touched its peak in 2015 with $4.6 billion invested before coming down to $3.2 billion in 2016. Overall the growth trajectory suggests that Agtech will remain a hot sector for investors in the near future.

2015 saw $4.6 billion investment in over 500 deals across 450 enterprises on AgriTech, Agritech Funding Scene in 2016, AgriTech Startups In India, Brain Powell I1P2p, China bagged large Funding deals In 2016, E-commerce dominated the AgriTech sector In 2016, I1p2p.com, India raised $313 million for 53 startups In the AgriTech Sector, Seed Stage Funding is up in 2016 For AgriTech Startups, While China got $427 million from 10 deals 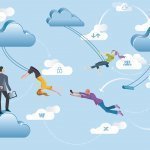 Startup Ecosystem: Dublin Has The Edge Over BerlinStartup Thought Leaders