For a society to have achieved food security, every person must have access to nutritious food in sufficient quantity to fulfill his or her dietary requirements. Food security doesn’t just mean access to a sufficient quantity of food but also that the quality or nutritional elements required for people to be healthy are present. For instance, a college student with a closet full of Ramen noodles may have enough food, but is not actually food secure because of the low quality and lack of nutrition his food provides.

Take the case of Indonesia, an archipelagic island country in Southeast Asia. According to World Bank, 46% of the population in Indonesia get less than $2 US to fulfill their dietary requirements every day. Though Indonesia has worked tremendously hard in recent years to provide food security and the rate of undernourishment has decreased, about 20 million people are still undernourished, according to data from the Food and Agriculture Organization (FAO).

One of the reasons for continued undernourishment is that food prices have increased constantly in the last thirteen years. This has happened for a couple of reasons: first, that food production couldn’t keep pace with the population growth; and second, that a new middle class has emerged, affluent enough to spend money on high-quality food.

This has impacted poor people in two ways: one, they become even poorer because they have to spend more money on their food requirement; and two, they can’t afford to include high food nutrients in their family’s diets – like the college student eating Ramen, even if they manage to buy enough food it is not healthy food.

According to the FAO, the demand for food by 2050 will become so high that the world will need to provide 60% more food than it does today.

The problem of food security can only be addressed with sustainable agriculture productivity improvements. Innovation in agriculture is the answer to the regional food scarcity, and this answer can be reached through exchanging innovative agricultural technology. Agriculture research and innovation should be disseminated among countries so that the nations that have increased their agricultural output with technological innovation can show the way to others.

Gap between the production and demand

The FAO 2012 report says that food production should increase by 60% from 2006 level to fulfill the global need in 2050. The food security scenario in the Asian region will become more severe. The Australian Bureau of Agricultural and Resource Economics and Sciences (ABARES) says that food consumption will increase 100% in Asian countries between 2007 and 2050.

Looking at the global increase in demand for food, China accounts for 43%, India for 13%, and the rest of Asia for 15%. This means that Asia makes up 71% of the increased food need between now and 2050. The Southeast Asian population will increase from 633 million people in 2015 to 792 million people in 2050, according to UN estimates.

You May Also Like To Read:?How Drones Are Transforming Agriculture Sector

This constant rise in population, as well as the growing middle class, enhances food intake and brings agriculture under pressure. According to a report from the Asian Development Bank, 60% of the world?s population currently lives in Asian countries yet it consumes only 50% of the total food produced globally, so food consumption per person is below the world average in Asia.

Allowing the current difference in population and food demand to continue to grow in the coming years is untenable, and our only option is to take the path of innovation in agriculture.

The middle-class population in Asia in 2009 was 525 million and is expected to increase to 3.2 billion in 2030. This astonishing growth will lead to middle-class spending increasing by about 8 times. In real numbers, that looks like an increase from $4.8 trillion US in 2009 to $32.6 trillion US by 2030. This will account for 59% of the total global middle class, says a report by Organization for Economic Co-operation and Development (OECD).

The rise in middle-class population changes the pattern of food consumption. Staple food like cereals, vegetable oil, sugar, and so on witness ordinary increase in demand; however, fruits, vegetables, dairy products and meat find more and more purchasers. This doesn’t mean that the pressure on cereal production will be negligible. While the middle-class preference might shift from cereals to fruits and vegetable, the rise in population of those who are below middle class will always be dependent on cereals and staple foods.

The challenge in achieving food security in Asian countries is due to four agricultural factors: the change in climatic condition, scarcity of water, shortage of cultivable land, and soil erosion.

By 2050, Asia will only be able to bring 17% more land under cultivation, which will not be enough to produce the food required to meet the future demand. At present, the continent is using its existing arable land to its full limits. The growing population also means that land requirement for urban and infrastructural development is increasing and puts a lot of pressure on cultivable land.

You May Also Like To Read:?Mobile phones: Transforming Agriculture in Southeast Asia

The increase in population causes a two-front challenge for the agriculture sector. The arable land will shrink but food requirement will go up. Climate change and soil degradation also play a vital role in limiting the growth of cultivable land.

Countries like India and China will face the biggest share of this challenge. According to the FAO, India can add only 5.9% cultivable land to its existing agricultural land mass whereas China’s arable land will decrease by 6.1% by 2050. Both the countries can only look at innovation in agriculture to deal with the future problem.

Another area of innovation is in the optimum use of water of which agriculture is the biggest consumer in Asian countries. Reports say that Asia is the driest continent not because of lack of water but due to poor water governance.

The only solution which can overcome food challenge is an investment in innovation and its diffusion. Environment-friendly farming, crop protection, better water utilisation, and better storage and transport of food products are some of the areas in which innovation can turn the table on the looming crisis of food security with an increase in food production. The world is full of innovations which have changed the way farming is done. For instance, SmartAgri is a mobile app developed by an Indian scientist Vijayaragavan Viswanathan, who works with European Organisation for Nuclear Research. This app can communicate with sensors placed underground and produce data on soil moisture, mineral level etc. So a farmer with the help of this app can find out the soil requirement in his field and act accordingly.

There are many similar applications in India and other Asian countries which can equip illiterate farmers with crop-related information in their vernacular language and in an easy to understand manner.

Besides mobile applications, new farming methods and effective coordination between various stakeholders are showing results. The concept of dairy hubs in Bangladesh, Pakistan and India in which smallholder farmers are linked to dairy processors has not only reduced time and cost but also increased farmers’ income.

Fertilizer deep placement is another innovation in some of the African countries in which fertilizer is placed seven to ten centimeters below the soil so that nitrogen from the fertilizers cannot go to waste. Experts believe that innovations that have worked out in some countries should be tried in other countries as well to leverage the global benefit.

Food security is one issue that relates to the existence of human race. If the arable land cannot increase and other natural factors will have their limitations, innovation is the only way out. There are several instances which have suggested that the use of technology in agriculture can counter all natural limitations.

Despite challenges, some of the Asian countries like China, Japan and India have acquired great expertise in improving agricultural yield. Similarly, some of the western countries too have done cutting-age research on farming that has produced the desired result. With the ease of connectivity, countries can spread these technologies among each other for a balanced global food security. 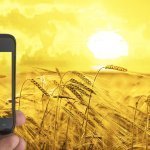 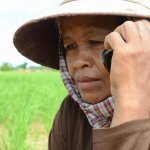