Can Referendums Move to Blockchain Tech

The most crucial aspect of any referendum system is security, anonymity and accuracy, can Referendums Move to Blockchain Tech and solve this problem?

Emerging technologies can play a vital role in securing the voting process in democratic countries across the world. One of such technologies is blockchain, which is more associated with digital currency though it has multi-dimensional applications.

Traditionally, democratic countries have been using paper-based ballot system in elections. In such a system, people give their preferences for candidates by putting a stamp of consent on a paper ballot. Due to numerous flaws in the paper ballot system and with the advent of technologies, many countries replaced it with an electronic voting machine or digital voting system.

Developed countries like the United States and some of the Western European countries have opted out of the electronic voting system after the much-hyped experiment went awry with many glitches. Besides, cross-verification of electronic votes and software manipulation emerged the biggest challenge.

Along with the US, many European countries have reverted to the paper ballot system as they believe that digital voting system like the electronic voting machine has more disadvantages than the paper ballot.

Experts believe that the application of blockchain in the digital voting system can make the process of referendum full-proof and reliable. It can solve the security issues which plague the systems like the electronic voting machine.

Estonia started electronic voting in 2005, and by 2007 it became the first country in the world to have an online voting system for the referendum.

The ID card, with encrypted information about the owner for identification, is used to carry out many other online activities such as banking transactions. The same card also serves the purpose of online voting.

However, researchers, who studied Estonia?s online voting system in 2013, highlighted several security threats such as malware attack on the voters? machine and the servers. The Estonian Information Systems Authority dismissed the risk of threats suggested by the researchers.

Initially used as an account book for Bitcoin deals, blockchain technology is not only a public ledger of all sorts of transactions of crypto-currencies, but its use has been envisaged in other sectors such as health, public transport, real estate and others.

The purpose of the blockchain technology is to provide a decentralised platform for peer-to-peer network access. It?s free from any control from any central authority. Peers get connected through network and exchange messages and do transactions.

?These blockchains are held completely separately to remove any threat to link votes for certain parties back to individual voters while maintaining the ability to track who has voted and how many votes are actually present,? the report claims.

Some experts also suggest the use of biometric identifiers such as thumb impression or retinal scan to establish a person?s identity who is sitting on a system at home and at the public place to cast his vote.

Security, anonymity, accuracy and transparency are some of the critical features of any successful voting system, and blockchain technology ensures all that.

Though the election was not fully online as it was not decentralised the experiment – being on a bigger scale as compared to Estonia ? has established the blockchain technology can provide transparency and a valuable data to analyse the voting the process.

The online voting system with the help of blockchain technology will reduce the cost of paper ballot printing, workforces such as the use of staff and physical infrastructure such as polling stations.

So, referendum, if shifted to blockchain technology, can become a more trustworthy and reliable process both for the voters as well as the government.

The most crucial aspect of any referendum system is security, anonymity and accuracy. The voting system should be secured so that the votes of the citizen shouldn?t be tampered with. It should have the ability to maintain anonymity about the voter and his votes. Along with the two, the referendum system should be accurate enough to register votes cast in favour of a particular candidate.

At present, with the available technological enhancement and existing models, blockchain technology is the only one, that can ensure to provide all three crucial features of the referendum process. 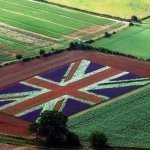 The State of Agritech in the UKAgriTech, Startup Thought Leaders