The State of Agritech in Indonesia – YoStartups

This article from YoStartups is to understand how Agritech in Indonesia can boost production in Agriculture ,the second largest contributor to Indonesia’s GDP. The vibrant country of Indonesia in Southeast Asia is known to be home to 261 million people and is the world’s fourth most populous country. By size, it is the world’s largest island country, with more than seventeen thousand islands. The biggest one is Java that houses a majority of its population, and also the capital city of Jakarta. To accommodate agricultural needs and human habitation, some of the forests of the densely populated Java has been cleared.

In Indonesia, main agriculture produces are rice, palm oil, tea, coffee, cocoa, medicinal plants, spices, and rubber. Agriculture accounts for 13.7% to the country’s GDP (2016) which is after service industry (43.3%) and manufacturing sector (42.9%).

It is interesting to note that the government of Indonesia is currently focussing on creating high self-sufficiency via agriculture here. The National Development Plan is built to boost the farming capability, production and value-added activities, while also focusing on reducing imports and promoting local production.

Being the leading importer of Australian beef, livestock, wheat and sugar, Indonesia is always focussing on its agricultural capabilities. The main competition for agricultural land here comes from cash crops and need of land for urban and industrial expansion. So irrespective of future improvement of productivity, we can expect Indonesia to be reliant on food imports, most especially protein-based items.

It is also interesting to note the Indonesian scenario in the ASEAN context. Out of the ten ASEAN countries, Indonesia, Philippines and Thailand have more than 35% of the population dependent on the sector for their livelihood. This fact is interesting as Asia supports the food needs of 60% of the global population. In today’s time, the rapid climate changes, land constraints due to urbanization, and a growing population are changing the way Asia, especially Indonesia, does Agriculture. This leads to more dependency on technology to sustain the agriculture growth, setting need for AgriTech in Indonesia more than ever.

Most of these Indonesian farmers are working on less than a hectare, which means they are working on a small scale with low technology and limited access to information and education. The startups and entrepreneurs that are working here are not only to establish businesses, but also to better the lives of millions of small farmers in Indonesia. Indonesia has lost about 5 million farmers due to lack of support and low profits, and the government is increasingly taking steps to empower and help the farmers to increase productions as well as profits. This is where AgriTech in Indonesia also has a chance to reinvent the wheel and make the lives better.

With the rise in population, rapid urbanization and reduced cultivable land, there is a high need for technology in the sector. The use of water for non – agricultural process has also caused a water shortage here in Indonesia. The country hence is continuously looking up to technology for innovation to address and solve these agricultural issues. The government is implementing several measures for making farming more lucrative, not only to encourage youngsters but also to encourage entrepreneurs to innovate in this space.

Perhaps that’s the reason, why high-end technology such as sensors, aerial imagery and big data analytics using drones is thriving in farming sector in Indonesia. Technology is helping in predicting crop yield, analyzing the collected data to suggest better farming methods or plant selection for the next season. New farming techniques, latest cultivation tools and information regarding commodity pricing and online sale-purchase of agricultural products are potentially quite important for addressing the food crisis. These technologies and tools are changing the way agriculture functions here.

Startups in AgriTech in Indonesia

There are a number of interesting startups Agritech space in Indonesia. The rise in entrepreneurship, increase venture funds and a conducive cultural setting for starting up has ensured that new innovative technologies come into play. Some interesting startups here are:

Vasham is in the business of assisting small land-holding farmers by providing more than wholesale prices for produce, as well as helping with financial support.

CiAgriculture is a smart Farming Platform that enhances the productivity of agricultural companies, working with smallholder farmers.

Libelium is helping Indonesian cocoa farmers to use wireless sensors of Waspmote along with cloud analytics to improve cocoa production and profit margins. It is a machine-to-machine platform provider and an open-source Internet of Things

Petani, LimaKilo and TaniHub help farmers with increased knowledge on farming equipments, techniques, prices and the variety of online marketplaces

Eragano has developed an app based marketplace for small landholders to better their lives, in terms of finance and price

Way forward for AgriTech in Indonesia

Agritech in Indonesia is still in the nascent stage, with the market still evolving. There is some time before Indonesia becomes a world leader in this space and create products for a global audience. But there are many developments here that are paving the way for a better future of AgTech. 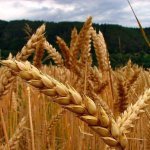 The State of AgriTech in FranceAgriTech, Startup Thought Leaders 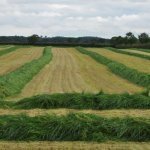