When financial technologies are introduced in any financial system where a majority of the population doesn’t have access to formal banking practices, it improves the ease of doing monetary transactions considerably. It becomes much easy to maintain your bank account, make investments, set up fixed deposits and transfer money to various depository schemes which ensure social security. So fin-techs bring life-changing experience for a person who has never been a part of the formal banking system.

In developing countries of the Asian and African nations, fin-techs are transforming the lives of billions of people by making them understand the potential of money management.

Experts believe that inability to get financial services ultimately results in a vicious cycle of poverty because whatever a poor person earns throughout the day, he spends it by the evening and continues to live in a state of misery. He can’t save for his family’s health, children’s education and expansion of his economic activities. His growth opportunity remains limited and does his chances of getting out of the poverty cycle.

There is no denying the fact that a formal banking system can help reduce the market imperfections through various means. It can ensure government’s subsidies, financial assistance at low cost, attractive depository schemes, etc.

But in many developing countries banks don’t expand to rural areas. While public sector banks don’t have resources to scale up and cover every nook and corner of the country, private banks don’t find it profitable to expand their business to the countryside, and a huge population remains unbanked. Here come the fin-tech companies to fill the vacuum.

In a study, conducted by some scholars of Harvard University on the behavioural impact on people who are for the first time exposed to the formal banking system and financial technologies companies shows a positive outcome. It was found that people’s income went up when they banked through mobile technology because of change in their consumption pattern leading to savings of money.

In agricultural and rural areas, the proliferation of mobile banking technology can reduce poverty and increase agricultural investment to a great extent.

Behavior scientists point out several reasons for the change in the behaviour of a person who gets access to banking services. They say savings have nothing to do with earning. In American societies, people who earn reasonably well have zero savings. It depends on how a person prioritizes his finances.

When a person does everything with cash and has no access to banking services, his financial priorities are different from the individual who has investment benefits. He fails to reason out his choices. In poor societies, it is common for people to waste money on liquor consumption and gambling which is injurious to their health as well as financial security. Much of the problem is due to unavailability of any secure means to save money.

So when Fin-tech facilitates services such as savings accounts, remittance features, transfer, and payment system through mobile, poor people tend to give preference to long terms goals over their day-to-day wasteful expenditure. Sometimes they are under social pressure from peers and family members to save money for the future. Along with providing a strong communication means, mobile also becomes an important source of financial empowerment.

Another reason for the change in expenditure pattern is the lucrative offers that Fin-techs give. Studies have also shown that if innovative saving products are available to people, it boosts saving tendencies in them. Fin-techs, due to their low operative cost, can offer more lucrative products than any conventional banks. These companies don’t have to spend money on expanding infrastructure in opening branches and ATMs. They can pass on much of the benefits to the consumers to attract them.

Besides that, a rivalry among new companies drives them to come out with consumer friendly schemes. Fin-techs push their business by offering services at the doorsteps. So it’s like two ways force ? at one hand is the attractive and innovative products which pull?poor people towards fin-techs and on the other hand is their tendency to save money for a rainy day which drives them to opt for these schemes.? These initiatives help people expedite their financial decisions which get postponed due to lack of banking facilities around them.

In the recent past several studies have been done in Asian and African countries to find out the impact of doorstep banking. For instance, a study in Sri Lanka, in which saving accounts with door to door deposit collection services were offered to unbanked rural population, showed the increase in participants in the scheme along with the rise in savings and incomes.?? Along with these initiatives, experts say, financial education plays a decisive role.

In rural societies where banks are not available, people indulge in curb market or informal saving schemes, which often dupe them out of their hard-earned money. This erodes people’s trust in informal saving schemes. People with moderate income make savings regarding assets creations such as land, gold, etc. when these people come in contact with banking facilities through fin-techs, they move from less holding of gold to more holding of deposits and investments.

If a company comes to your house and collects, let’s say $5 or $10 every day with a promise to return the money with 6% interest after a year along with an insurance cover and some other purchase benefits, you will find these offers irresistible, says a financial manager.

Must Read:?GROWING RISK OF CYBER ATTACKS ON FINTECHS

Instead of cash savings at home to buy assets, later on, people tend to these schemes which assure them ready money whenever they need.? This way a lot of redistribution of assets takes place which is good not only for an individual in rural societies but the economy of the country as well.

If saving money becomes a part of an individual’s lifestyle, it can go a long way in contributing to his prosperity. It benefits the society and the country at large. So fin-techs not only inculcate a saving habit in an individual, its overall impact shows up in the country’s economy. 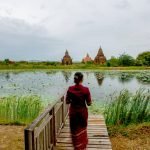 The Future of Micro-finance in MyanmarFintech, Startup Thought Leaders 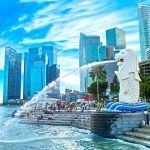