The Future of Micro-finance in Myanmar

These micro-investments grow the small family businesses that have been proven to be useful in the local environments and are not subject to the whims of the global economy. They build buying power at the very bottom of the country?s economic pyramid, which creates a stable foundation for the country?s macroeconomic growth by creating demand for new products and entrepreneurial enterprises.

Micro-finance also introduces rural families to the formal financial sector.? For many rural households, micro-finance institutions (MFIs) are the only ?banks? they will likely ever see.? Nowhere is this need more evident than in Myanmar?s frontier market where 30% of the population currently relies on MFIs for their financial services needs and an additional 50% of the population has no formal financial service access at all.

The United Nations Capital Development Fund recently estimated the total micro-credit demand in Myanmar to be close to a billion US dollars while supply is only around $238 million.? Another interesting statistic that makes Myanmar unique is the fact that there are currently over 45 million active sims in the country and between 60-80% of cellphones are smartphones.? The fact that over 55% of cellphone users are active data users opens up a new opportunity for reaching the unbanked of Myanmar and closing the 75% gap that exists between micro-credit supply and demand. The future of micro-finance in Myanmar is digital, and that future is bright.

One of the positive impacts of the enactment of the Microfinance Law is that the financial sector – which was mainly dominated by four state-owned banks, 19 private banks and 17 banks which have opened its local offices in the country ? opened up to local microfinance companies and international players in a controlled way. While state-owned banks such as Myanmar Economic Bank (MEB) and Myanmar Agriculture Development Bank (MADB), have rural outreach regarding small loans, private banks are not involved in microfinance, partly for regulatory reasons and partly because of a lack of interest.

It?s not that MFCs were not in operation in the country before November 2011. According to an IFC report, cooperatives, which started in the early 20th century, reported more than 10,000 primary societies and 470,000 members. International and national nongovernment organizations (NGOs), such as Partner Agencies Collaborating Together (PACT), GRET, World Vision, and Proximity, have pioneered microfinance methodologies since the mid-1990s with some success.

But the Act formalized the whole business of microfinance in the country. The Act for the first time defines what microfinance and microfinance institution means for the people of Mynamar. According to the act, ?Microfinance means extending micro-credit to the grass root people, accepting deposits from them, carrying out remittance, carrying out insurance business, borrowing money from local and abroad and carrying out other financial activities.?

Defining the microfinance institutions, it says that local and foreign institutions, partnership firms, companies, co-operative societies, banks and nonbanking financial institutions, formed and registered under the relevant law, which is funded by own capital, charity and grant, and obtain license to operate microfinance business in order to reduce the poverty of the grass root people and to improve their socio-economic life.

That?s not all. The data released by the Ministry of Finance of Mynamar indicates that in past couple of year?s microfinance has gained momentum and served the need of the deprived section of the society.

Providing a sector-wise analysis, the department stats says that financial services are given by the licensed microfinance institutions, providing low-income population with 6.15% for production sector, 33.30% for services sector, 23.89% for trade sector, 16.1% for agricultural sector and 20.48% for livestock breeding and fisheries sector in order to effectively use for employment opportunities.

Besides easy access to finance for people? entrepreneurial activities, the entry of increasing number of microfinance companies offers a variety of choices such as depository services and availability of funds at different and competitive market rates.

The other important factor, which is contributing to the growth and expansion of microfinance, is the increasing exposure of international organizations like International Finance Corporation ? the private lending arm of the World Bank.

According to recent reports, IFC has extended $21 million debt facility to six microfinance institutions in the country. Such commercial funding is very much needed for building the capacity and scaling up operations of MFCs. MFCs like Acleda, Fullerton, Proximity Designs, Pact Global Microfinance Fund (PGMF) and VisionFund Myanmar are some of IFC?s regular clients. It expects to improve financial access for over 270,000 clients with an aggregate loan of over $70 million by 2017.

Though there is no denying the fact that the Microfinance Law has tried to bring in a regulatory mechanism to the unregulated business of microfinancing, lot of express believe that these regulations are extremely cumbersome and regressive for the speedy growth of the MFCs.

These MFCs have been objecting the imposition of undue restriction of Central Bank of Myanmar at the time of availing loans from foreign entities. They say that the rate at which they are asked to borrow from foreign funding institutions is not practical. These experts believe that a liberalized move of the Central Bank can help flow in money from foreign sources and help poor people realize their dreams.

The other challenges that have been pointed out are a limited differentiation between deposit and no deposit MFIs and low capital requirements for deposit-taking institutions.

The limit on microfinance loans at present in Myanmar is $5000. Earlier it was $500, which was raised due to severe criticism of the industry experts. MFCs loan sizes are minuscule as compared to the other developing countries.

Despite the challenges, there is an optimism and hope that the new government will address some of these issues in the interest of the needy people, which will propel MFCs in the country. 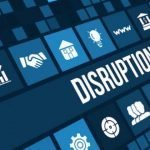 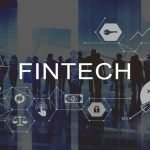