The curse of debt in Myanmar

Lack of access to formal financial services is one of the foremost reasons why a farmer in Myanmar continues to be in debt for generations. According to various studies conducted by International Monetary Fund (IMF), only 16% of rural households get the benefits of formal financial services. Others have to rely on friends, family and often-greedy moneylenders who charge an exorbitant rate of interest ranging from 10% to 20%.

Experts believe that if any rural household procures loan at this rate, i.e., 10% to 20%, it’s unlikely that he can ever be able to repay it. It is because agriculture suffers from many other problems and natural calamities which curtail their loan repaying capacity to the extent that the credit gets passed on from one generation to another.

Why do farmers take a loan in Myanmar?

The reason for taking loan can be many. For instance, small produce may force a farmer to take a loan to purchase food to make a living for a year till he gets reasonably good produce in the next farming season. Health emergencies are most frequent reasons to avail loan, as there is hardly any government health insurance cover for poor farmers.

Poor communities such as farmers, masons, and laborers live in unhygienic and deplorable conditions, and their families are very prone to diseases. They can’t improve their living standard due to poverty and debt. Social functions like marriages etc. also sometimes force them to borrow money at a high rate of interest.

Why are farmers over-indebted in Myanmar?

43% of GDP of Myanmar comes from the agriculture sector, and more than half of the country’s population is employed in this area. Even those farmers, who avail loan through government institutions, suffer too because the loan amount is so inadequate that it fails to serve the purpose.

For instance, the production cost for one acre of rice farmland is US$110 to US$180 but the loan disbursal from Myanmar Agriculture Development Bank (MADB) is only US$50 to US$60. A huge requirement remains unfulfilled, which forces a farmer to go to private players and avail loan at a high-interest rate.

The decline in the prices of rice and beans, the primary farming produce, in certain areas has caused over-indebtedness among many farmers.? According to a survey, about 60% rural families have said that their debt burden has gone up in recent years because of several factors.

Natural calamities is a curse for farmers in Myanmar

Let’s take the case of the farmers of Irrawaddy Delta. They continue to be in debt because they can only repay the interest and the principle loan amount remains unpaid. Every year farmers borrow not only money but tools and cattle for farming from rich money lenders or big landlords and once the harvest season gets over, they return everything to them. Irrawaddy Delta is significant as it produces more rice than any other part of the country and rice and fishing industry is the largest source of employment to people here.

In recent years, Cyclone Nargis played havoc on the lives of the poor farmers. The total damage is estimated to be 4 billion in the country, but Irrawaddy Delta was the worst hit. The situation has become so worse that rich landlords and moneylenders themselves don’t have cattle and tools to lend to farmers, and so they have no means to go back to farming. To make matters worse, rice prices have come down which has reduced their profit margin, which was already quite thin.

The impact of the infamous cyclone is still quite visible as farmers complain of flooding of their farms due to seawater forcing them to give up farming. Increasing seawater to the agriculture field has posed a livelihood issue for a large number of farmers in this area. Many of them say that they have lost their land to moneylenders. Irrawaddy Delta is not the only region suffering from natural calamity. Farmers from Kanbalu Township in central Myanmar’s Sagaing Division often complain of flooding and loss of crops.

Last year flood alone had damaged 773,000 acres of farmland leaving a huge population of people hungry and jobless. Farmers say that when any natural calamity hits the country, they are the worst affected. Their farming suffers the most and in the want of good crops, food prices go up. When food prices go up, it becomes difficult for them to afford food for the family members.

You May Also Like To Read:?The Future of Micro-finance in Myanmar

When the produce is a bumper, food prices come down, and farmers suffer again because their profit margin is reduced. So in both cases, farmers have to be dependent on the private moneylenders for their every financial need.

Loan delinquency is up in Myanmar

In recent years, the state-owned bank, MADB, which offers micro-loans to farmers, has reported a rise in non-performing loans due to inability to a large number of farmers to repay their loans. About 2 million Myanmar’s farmers avail loans from MADB at the 5% of interest rate.

In 2014-15 MADB had issued about $915 million loan farmers who were reduced by $58 million in the financial year of 2015-16. Many experts feel that the decrease is due to the increase in the non-performing loans of the bank. MADB gets financial funds from Myanmar Economic Bank at 4% interest rate, and if farmers don’t pay back their interest to MADB, its repayment to MEB suffers. Last year one million acres of crops were destroyed on about 500,000 acres of land due to worst flooding. This has forced a lot of farmers to default on repayment.

How timely loan can help improve situation in Myanmar

So if a farmer gets appropriate financial assistance, his crop production will increase by 60% because he will use quality seeds and right fertilizers at the right time to his farm. Besides this 60% increase in crop production, his sale price of the product is also expected to go up by 10% because of branded and good variety of seeds. In addition to this, crop diversification and mechanization of farming will help further increase his produce. There are 8 million smallholder farm families in Myanmar whose average income is $2 per day. The unmet micro-credit demand is 75%, which is close to $1 billion.

According to an estimate, a timely loan of $610 can help a farmer earn $575 additional profit in a financial year. No bank except MADB is aggressively into micro financing because it’s not a profitable business.

Keeping in mind the number of Facebook users, i.e., 10 million out of the total population of 51 million, Myanmar needs financial technologies companies to bring financial inclusiveness. Besides MADB, there are other informal and semi-formal sector, a handful of banks, cooperatives, NGOs, specialized agricultural development companies and government organizations which try to fill the gap for micro-finance need but they all contribute too little to fulfill the need of the majority of the farmers and alleviate the curse of the debt in Myanmar.

Alex Kong, Alex Kong Yostartups, Brian Powell I1p2p, How timely loan can help improve situation in Myanmar, Loan delinquency is up in Myanmar, Natural calamities is a curse for farmers in Myanmar, The curse of debt in Myanmar, Why are farmers over-indebted in Myanmar?, Why do farmers take a loan in Myanmar?, YoStartups 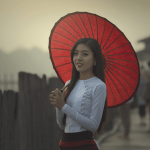 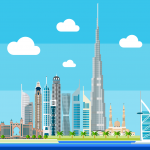 The State of FinTech In UAEFintech, Startup Thought Leaders