Will Women Lift Myanmar Out of Poverty?

With Daw Aung San Suu Kyi leading the Myanmar in the capacity of the State Counselor, women’s participation in the country’s economic progress is expected to increase. Seen as a role model in a country, which like many other Asian nations believes in male dominance in the decision-making functions, Aung San Suu Kyi can provide moral support and courage to millions of women whose contribution is crucial to meet the country’s economic expectations. If Myanmar has to achieve the GDP growth rate of 8% or above, as predicted by prominent economic studies, it’s not possible until and unless the country takes initiatives to realize the full potential of its women population which is either engaged in household activities or sitting idle at home.

The change of policies in 2011 has been helping Myanmar open up to the outer world, and this is one of the positive features of its growth story. Rising interaction with Western World is gradually changing the age-old perception of women’s role in the society, and more and more women are joining the workforce, believe many economists.

The 2014 census of Myanmar didn’t project an impressive picture of the status of working women in the country. Only 48% women were employed as compared to 82% of men in various economic activities. If calculated regarding numbers, it shows that 20.3 million people were working while women’s workforce remained only 12.9 million.

Experts believe that in the last two year, the gap has decreased by a few percentages in 2016 because now there is a gradual shift in the mindset of people to allow women to work.

Out of all the sectors, the highest proportion of women employment (about 42% of total workforce) is in agriculture, hunting, forestry and fishing. As far as agriculture is concerned, which is supposed to be the backbone of the country’s economy, women mainly cultivate crops or rear animals. An incredibly minuscule percentage of women (0.001%) play an administrative role in all the 330 townships of the country.

Manufacturing and wholesale & retail trade (including restaurant and hotels) are second and third highest employment sector respectively for women. In all these places, a majority of women are employed at the lower level.

Why is women empowerment dismal at higher levels in Myanmar?

Before November 2015 election, in a press conference Suu Kyi had admitted that there was only 15% female candidate in her party, which shows the difficulty in finding women who are willing to take up leadership roles, and also are competent for that.

The problem of women not having a commanding position in the society has cultural and social setup to blame. A male-dominated society like Myanmar has in the past never considered women to lead and take up authoritative position. Women have been discriminated everywhere in the society.

A recent study, conducted on women workforce, reveals that they face discrimination in wages as compared to men. The male workforce is considered more important than female, and consequently, they command more salaries and influence at workplaces.

Myanmar labor law prohibits discrimination on the ground of gender, but it’s widely violated. Much of the problem exists due to lack of awareness among women about their labor rights and even if some of them are aware of that, they don’t have the resource to fight against the discrimination. Of late, some women organizations have come up, and activists believe that this is helping women assert their rights in the society. But again, it’s just the beginning.

You May Also Like To Read:?The Future of Micro-finance in Myanmar

Besides this, mid-level and senior management positions are rarely available for women largely in all working areas. The problem is not that women are not trained or competent to take senior management roles, but they are not preferred over male members due to gender biases.

Due to social and cultural reason, men working under women feel uncomfortable. Experts say that things have changed from the 80s and 90s era, but it’s very gradual.

The booming construction sector has employed a huge number of women, but discrimination is wide there too. Besides that fact that women are considered for only casual or unskilled labor force, even there is 20% to 30% discrimination in wages as compared to men.

There is a significant migration from agriculture to construction because flood and other natural calamities have ruined farming and devastated families of their livelihood. These people are preferred in the construction sector as the labor force. Women are employed readily as construction labor because they are easy to control and less anti-authoritarian than a man.

Women can do better than men

The majority of studies and surveys suggest that if women are put in decisive roles at workplaces and given work opportunities, it can impact positively on a family in particular and overall economic growth of the country in general.

According to Food and Agriculture Organization of United Nations, if access to productive resources is same for men and women, the latter can increase farm produce by 20% to 30%.

When Myanmar economy is growing, it needs the workforce in various sectors and at various managerial levels. If women are not trained for these job roles, the country will face a shortage of skilled force, and this will create hurdles in fulfillment its economic goals.

The majority of women have to leave their jobs because they get married. Studies have suggested that there is a decline in the female workforce at the age group above 25 to 45 because once a woman gets married; she sacrifices her job for her families. Economists believe that the trend must be reversed because 25 to 45 is the most productive age group for a female’s career. She should be encouraged to balance between the two ? work and home ? to contribute to the good financial health of the family as well as the country.

Things are changing for better in Myanmar for Gender Equality

Among the gradually changing gender equation at workplaces, the data on an education of women is a silver lining. According to the 2014 census, female in the age group between 5 and 29 was enrolled in education institutions as much as males.

In fact, female in the age group of 16 to 19 was got higher education little more over boys which clearly shows that families are keen towards female education, and there is no social pressure on women to get engaged in household chores.

One more positive indicator, which the 2014 Census shows, is that the marriageable age of females has gone up in comparison with the average age in the Southeast Asian region. Women in Myanmar also tend to have fewer children now.

Myanmar is on the path of economic progress, and the social transformation is visible in various studies and research showing rising concern for women education and their employment. However, it’s the right time when the women empowerment movement should be accelerated to make women contribute more than their full potential towards the economic growth. 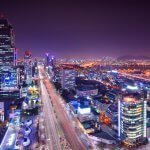 The State of FinTech in South KoreaFintech, Startup Thought Leaders 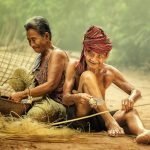 The curse of debt in MyanmarFintech, Startup Thought Leaders