The State of Fin-Tech in Cambodia

According to worldometers.info, the population of Cambodia as on December 6, 2016, was 15.93 million, which is equivalent to 0.21% of the world’s total population. 20.9% population lives in urban areas, and the overall population density stands at 90 per sqr km. 95% of the population practices Buddhism and the rest belongs to minority groups such as Vietnamese, Chinese, etc.

64% population is in 15 to 64 years of age, and the dependency ratio is 56% (percentage of the population that is dependent on labour force). Cambodia’s demographic data suggests that 20% people are in the age group of 15 to 24 years and 40% population in 25 to 54 years.

The country has been recovering from the brutal communist leadership between 1975-79, which was followed by the Cambodian?Vietnamese War between 1979-91, and now the two decades of political stability has given rise to several entrepreneurship initiatives showing the way for sustainable economic growth.

In past couple of years, some organisations have come up to encourage entrepreneurship among youngsters. One of them is Young Entrepreneurs Association of Cambodia (YEAC), an association of well settled as well as emerging businessmen, who can meet, interact and benefit each other.

The startup community in Cambodia is small and at the fledgling stage, but it’s promising as youngsters are passionate about bringing the difference in the society and tackling local issues. Financial assistance from venture capitalists and angel investors, co-working spaces, regular startup events and gatherings, mentorship programmes along with inspiring lectures have been encouraging youths to come up with their innovative ideas and translate them into reality.

The startup activities gained some momentum 2011 onwards, and since then it’s picking up day by day and turning out to be a hotbed of startup activities. Some successful startup ventures like Brown Coffee, a chain of bakery shops across Cambodia are not only serving the people, but also contributing to creating employment opportunities for a lot of young population.

Other startup firms, which aims to resolve local issues with modern technologies are Stops Near Me, an app to help people know the timetable and running status of public buses in Phnom Penh; Sroul K, an app to connect real estate buyers and sellers; ARC Hub PNH, which deals in product design and 3D manufacturing technologies; Edemy, which gives online English lessons to weaker sections of the society and Bospum, an app which makes business card online and suggest various designs for customers’ convenience.

Entrepreneurs realize that social issues can be addressed through a viable business model, which can serve multiple purposes. The use of technology not only minimizes day-to-day hardships but it improves the standard of living and plays a significant role in contributing to the economic development of the country.

For instance, My Dream Home is a startup company, which uses local material to manufacture bricks that are cheaper and stronger than the tradition ones. These social initiatives help people, who come from the financially low-income group, afford to buy these bricks to build their houses. Similarly, Arrow Dot makes home automation device technologies and educational robots for students.

Experts say that there is no dearth of enthusiastic youngsters who want to take a plunge into the startup world. However, they still have to go a long way to making the sustainable business models.

Local and foreign funds have also started coming into the country. Asian Development Bank and Australian Aid collaborated to fund MeKong Business Initiative (MBI) with $10 million with a sole purpose to support small and medium enterprises in South Asian Countries including Cambodia; MBI has invested in startups such as BookMeBus.

Experts say that Cambodian startups face the challenge to secure decent exits for their shareholders. A company can get an exit for shareholders when someone acquires the business, or it gets listed on the stock exchange. Both the possibilities are quite dim for now for Cambodian startups. There are no buyers to acquire any startup business from its founder. Angel investors want to exit from any project after a period when the company’s business grows and stabilizes. Experts believe that small population and lack of English speaking environment are two significant impediments for a healthy startup ecosystem in the country. People predominantly use Khmer while speaking, reading or writing. A couple of startup firms like Vkirirom are operating in Cambodia, but they are based in some other countries like Singapore so that the possibility of exit remains high.

Despite these challenges social impact investors are ready to put their money in Cambodian startups as they find entrepreneurs very enthusiastic and raring to go with their innovative approaches.

MBI organizes meetings and events to create a platform to bridge the gap between entrepreneurs and investors. Geeks in Cambodia is a publication, which highlights the efforts and initiatives of the youngster in both English as well as the Khmer language. Skilled labour is cheaply available, and since there is no cutthroat competition in the startup space, it’s easy to hire and retain a talent. Perhaps this is the reason, many experts believe, why a lot of foreigners have set up start-up firms in Cambodia.

How big is the FinTech pie in Cambodia:

Primarily a cash-based society, Cambodian financial services have been shifting from traditional banking to digital transaction since past few years. The credit goes to the wide distribution of mobile connectivity and low data cost due to stiff competition among mobile service providers.

According to ?We Are Social’, a digital agency based in Singapore that analyses digital connectivity; there were 5 million active internet users and 3.4 million Facebook users by the end of 2015. Out of 3.4 million, about 33% users are in the age group of 18 to 24.

Financial technology companies which deal in mobile phone payment services such as WING ? set up by the Australia and New Zealand Banking Group Limited in 2009 ? has been playing the crucial role in financial inclusion. WING, is the market leader in microfinance in Cambodia, claims to facilitate almost half of Cambodia’s GDP.

WING’s customer transaction behavior suggest that 70% people use it for domestic money transfer, 20% for payment and remaining 10% for mobile top ups. Other digital banking players such as E-money, ACLEDA Bank, AMRET, TrueMoney, and AMK have brought in competition in mobile payment which is improving the quality of services.

Service providers say that people’s trust in mobile technology is low but it is picking up. Facilitating payment tools in local Khmer language is another challenge as most of the providers use the English language, which finds few takers in rural areas. People use mobile to withdraw, deposit and pay money to friends and colleagues but when it comes to paying for commodities and products, they prefer to order the product through the online channel but pay through offline mode.

People do use global e-payment platform PayPal to receive online payments, but it doesn’t have any tie-up with any bank in Cambodia.

Agribuddy does financial management for farmers by creating their credit scores based on the kind of crops they grow. This information is passed on to the banks, which extends a loan to farmers accordingly. The app won awards in Japan’s Nikkei FinTech Conference in 2016.

Incubation scene for startups in Cambodia:

Accelerators and incubation hubs have started appearing in Phnom Penh and Siem Reap. In many cases, development aid funds, which Cambodia receives for social development purposes, are being diverted in the world of tech.

Experts believe that Cambodia has the edge over other countries as far as registering a company is concerned. Foreigners can open companies with the similar ease as that of locals.

Besides this, Cambodia is also in the process of formulating the E-commerce law to regulate the online business operations for customers and investors in the country. The government has realized that a sensible regulation is essential to not only ensuring safety and accuracy in online transactions but creating a lot of new business opportunities for young entrepreneurs.

Currently, Cambodia doesn’t have any regulation, which will provide a protecting atmosphere for FinTechs to nurture.

According to the FinScope Consumer Survey, only 17% population in Cambodia enjoy banking facilities despite a number of formal and non-formal financial institutions.

According to the Association of Banks in Cambodia (ABC), the country has 31 commercial banks, seven specialized banks, two representative office of foreign commercial banks, 32-microfinance institution and 29 NGOs, which can deal in rural credit activities. The National Bank of Cambodia is the central bank, which regulates banking services.

The survey suggests that more than one-third of the population take financial help from unregistered lenders and 29% people are entirely excluded as they use neither formal nor informal financial system. It shows a tremendous potential for FinTech companies to bring the unbanked population into the financial mainstream which will fast track the economic growth of the country.

Cambodia is yet to completely overcome its past however technological innovation has started transforming the country’s future towards economic growth and prosperity. Youngsters, influenced by modern education and outlook, want to tap every available opportunity to build a viable business model. The startup scene may not be very strong right now, but it has all the ingredients to emerge one of the strongest tech hubs in South-east Asian. 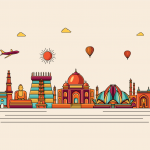 The State of FinTech in IndiaFintech, Startup Thought Leaders

The State of FinTech In LaosFintech, Startup Thought Leaders