The State of FinTech In Laos

The only landlocked country in Southeast Asia, Laos shares its border with Thailand to the west and south-west, Cambodia to the south, Vietnam to the east and Myanmar (Burma) and China to the north-west.

Soon after getting independent from French rule in 1953, a civil war broke out between royalists and communists group. The war ended in 1975 with the communist group seized power at the centre. Since then, Laos has been a one-party socialist republic.

It is a mountainous country with three-quarters of the country covered with mountains and rivers. 60% population belongs to ethnic Lao community, and Buddhism is the dominant religion. According to worldometers.com, Laos’ population as in December 2016 is estimated to be 6,969,852, which is 0.9% of the total world population. It’s a country of young people as 40% population is of 14-year and 56% is in the age group 15 to 64. 80% population is expected to be literate.

Its population density is 30 people per sqr km and 40% of the total population live in the urban areas. Due to Laos’ ambitious plans to exploit its hydropower and mines for its economic development, the World Bank refers it as one of the fastest emerging economies in the East Asia and the Pacific region.

A report titled “Regional Economic Integration of Laos into ASEAN, Trade and Entrepreneurship Development” (RELATED) which was commissioned by German Federal Ministry for Economic Cooperation and Development (BMZ) says that small and medium enterprises (SMEs) contributed to the average annual 8% growth rate in the recent years in Laos. In 2013, SMEs provided 63% of all jobs in Laos.

The report suggests that the infrastructural framework for 80,000 companies, out of which 97% are SMEs, is not as developed as other ASEAN countries.

Laos is at a very early stage as the country lacks in a lot of necessities to build a startup ecosystem. While youngsters are beaming with innovative ideas and entrepreneurial enthusiasm, the country lacks in accelerators, incubators, angel investors, venture capitalists and regulations that support startup initiatives.

Despite challenges, youngsters are toying up with the idea of launching online companies to address local issues and some of them have achieved significant success too. Some of these startup firms are Foxpress, Hin Sai online, Book Delivery, etc.

Foxpress offers online courier service which, with the help of motorbike drivers, delivers everything starting from personal documents to official files to even food, beverages and birthday gifts to anywhere in the capital city of Vientiane. Book Delivery caters to the reading requirement of the people of Vientiane. Hin Sai online takes online request to deliver construction material such as bricks, sand, cement blocks, stone, soil, etc.

With the arrival of startups, venture capitalists and angel investors have started showing their interest in Laos’ entrepreneurial activity.

In September 2016, when Laos held 29th ASEAN summit, a group of ten angel investors from countries such as the United States, Europe, Australia, and Vietnam under its network, Mekong Angel Investors Network (MAIN), visited the country to identify entrepreneurs and startups with growth potential.

Investors across the globe have set their eyes on Southeast Asia, especially the ASEAN region after the reports that this area is expected to grow faster than any other region in the world. While the global economic growth stands at 3.2%, Laos, Cambodia and Myanmar are expected to grow at 7%. Other economies such as Vietnam’s and the Philippines’ growth rate have been estimated at 6.1 and 6.3% respectively.

How big is the FinTech pie in Laos?

The beginning of digital financial services, which include savings, credit, insurance and payment facilities through electronic devices, is at a very nascent stage. At present, mobile ?top ups’ and utility bill payments through a formal bank account or the internet or cell phones are the only digital financial activities prevalent in Laos.

There is hardly any fintech startup by any individual entrepreneur which can pose any threat to formal financial institutions.

The Banque Pour Le Commeree Exterieur Lao (BCEL) ? one of the biggest state-owned commercial bank which was established in 1975 ? has developed a mobile application, BCEL One, to facilitate cardholders’ payments and transaction inquiry through mobile or the internet. This app can be installed through either on smartphones or personal computers.

In fact, financial institutions are themselves piloting projects to assess the readiness of business in Laos to adopt digital financial services.

The Central Bank of Lao PDR, which regulates monetary policies, has taken an initiative to launch branchless banking with support from Australian Aid and UNCDF. The commercial bank, BCEL, and a mobile network operator, UNITEL, are working to start mobile money operations in which people can deposit money to a network of agents of UNITEL who will convert it into e-money and send it to the distant locations.

Besides the handsome growth of mobile connectivity in the recent years, the internet service needs to be strengthened to help people use digital finance services.

Telecom service was started in Laos in 1994 when the Lao government and a Thai company – Shinawatra International Public Company Limited – entered into an agreement. After that ETL (Enterprise and Telecommunication Lao 2000), a 100% state-owned company came into existence which was followed by Millicom Beeline (78% Millicom and 28% Lao government) and others.

According to government reports, in the financial year of 2015-16, 14 percent in Laos owned home telephone, and 85 percent used cell phones. 16% people used computers.

Of late, the government has tried to provide 4G, 3G and 2G coverage across different parts of the country. At present, 1.5 percent of the country, which includes the centre of Vientiane and leading centres of some of the larger provinces, has access to the 4G network. 61% of the population avails the 3G network and 90% population enjoys 2G network.

The government is putting its best foot forward to improve telecommunications and ICT but despite that the country lags behind from its neighbors in telecom infrastructure.

There is no tax incentive or registration subsidy from the government for any startup firms at present. Even laws on foreign investment make it difficult for foreign investors to collaborate or invest in any startup in the country. Lao National Chamber of Commerce and Industry and ICT Commerce Association both work closely with startups to help them scale up in their business activities. Many experts suggest that government should come out with incentives and encourage regulation for startups to boost startup eco-system in the country.

Incubation scene for startups in Laos:

A handful of organisations which are engaged in community building exercise in the country is TOHLAO, Stella, LIBIC, GDG, Tigers@Mekong, etc.

TOHLAO is a co-working space which exists in the capital city of Vientiane. It is making every effort to build a startup community. STELLA provides a platform for young entrepreneurs to collaborate for innovative thinking. Another group called Google Developer’s Group (GDG) helps youngsters come together to share their knowledge and experience with the help of resources from Google.

Lao IT Business Incubation Centre (LIBIC) is the first business incubation centre in Laos which promotes entrepreneurial leadership and provides a platform to mentor those entrepreneurs who are working on a potentially viable product or services in the IT sector.

Despite all that, youngsters in Laos face a lack of good incubators and accelerators which cause a severe limitation on mentorship support. Co-working spaces are inadequate and international exposure is missing.

Many startup ideas are directly lifted from foreign startup firms. Weak English communication skill further poses a challenge for many youngsters when they want to pitch to foreign angel investors and venture capitalists.

Use of credit and debit card, Internet banking and point of sale (POS) devices is limited to high volume business transactions in the major cities such as Vientiane, Luang Prabang and other provincial capitals.

A study conducted by ?Laos-Australia Development Learning Facility’ on the readiness to adopt digital finance services says that people prefer cash transactions due to several reasons, prominent among them is culture, habit, high cost and time-consuming process of available digital finance service. It takes few days to transfer money from one bank account to another through electronic payments. The high cost is another disincentive.

Studies and reports conducted recently suggest that despite widespread use of cash for financial transactions, business communities and people in Laos are ready for digital finance provided it’s convenient, cheap and hassle-free.

The government in Laos needs to play a vital role to incentivize entrepreneurship and boost startup culture in the country. Of late, some measures have been taken to collaborate with foreign institutions to encourage startups initiatives in the country however unless the government pays attention to improving ICT network and infrastructure along with incentives and funding to startup activities, digital progress will remain slow process in the country. 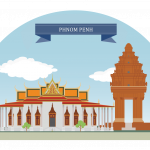 The State of Fin-Tech in CambodiaFintech, Startup Thought Leaders 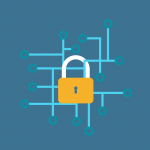