The State Of FinTech In Philippines

An archipelago of 7641 islands, the Philippines is situated between the Philippine Sea and the South China Sea in South-East Asia. Officially known as the Republic of the Philippines, it has the world’s longest coastlines with spectacular beaches and thousands of beautiful tourist destinations. Manila is the Philippines capital city while the most populous one is Quezon City. Due to the western colonial rule, first Spain and then America, for over 400 years, the Philippines reflects a blend of east and west culture.

According to the Philippine Statistics Authority (PSA), a government body responsible for all national censuses and surveys, the Philippines population as on August 2015 was 100.98 million.?PSA’s data on employment reveals that in January 2016, 67.2 million people are in the age group of 15 or above and out of that 42.5 million are labor force. The employment rate of the total labor force is 94.2%.?The government’s data (Census of Population and Housing 2010) shows that 97.5% of 71.5 million inhabitants, who are 10-year-old or above, were literate.

Start-up Scene in The Philippines:

The Philippines is emerging as a hotspot for startup companies due to a lot of public-private initiatives. Financial surveys project the country as the fastest growing economy in Asia after China. The young population, which is proficient in English speaking and positive business climate due to various government measures, project an optimistic outlook for startups. Robust remittance from the Philippines diaspora and big outsourcing industry help create a healthy startup ecosystem.

Some of the startup firms which are busy simplifying people’s life are Lazada Philippines, MetroDeal, PricePrice.com, Kalibrr, CashCashPinoy, Sulit.Ph,?Brainly?Philippines to name a few.?While startups related to deals, communication and search have reached a saturation level, other firms, which are in the listing, blogging and jobs have also matured to a great extent. However, startups in social news and community are semi-mature, the payment and FinTech sectors are still in the early stage.

How big is the FinTech pie in the Philippines:

With innovation picking up in the Philippines, financial technology companies can attract a lot of investors for funding. According to?Statista, the transaction value in the FinTech market in the Philippines amounts to US$ 4.9 billion in 2016. Its future projection shows that this transaction value will grow annually at the rate (CAGR 2016-2020) of 21.0 %, which will grow this to US$10.5 billion by 2020.

Out of FinTech companies in the Philipines, the market’s largest share goes to digital payments segments and its total transaction value is US$ 4.9 billion in 2016. The Philippines has 38 million Internet users and 107% mobile phone users. The constant rise in Internet usage indicates an increasing dependence on digital services. For instance, the Internet usage went up 600% between the years 2000 to 2008.

Segments of FinTech in The Philippines:

According to?Statista, the Philippines has good scope for FinTech segments such as digital finance services, alternative investment instruments, peer to peer payment, digital commerce transactions,?Robo-advisory, automated wealth management system and crowd funding. World Bank reports say that 69% of adult population of the Philippines is unbanked and this creates a huge opportunity for financial technologies to tap in.

Some of the emerging financial technologies companies are PawnHero, the first online?pawnshop, Ayannah which runs digital commerce and payment services, Hong Kong-based Lenddo which determines creditworthiness by analyzing social media data, Coins.ph which transfers money using blockchain technology and MyFinB which specializes in credit analytics. A mobile app, PaidUp, helps users buy anything on credit from its partner stores while Tagcash provides micropayments solution.? There are dozens of other such companies which offer a variety of services ranging from advice for loans, sell of used personal products in return for cash and purchases of groceries, etc.

The Central Bank of Philippines – Banko Sentral ng Pilipinas ? has relaxed certain banking norms to make their regulations relevant to the changing financial environment in the country. The central bank feels that the regulations should cover any development, which serves the objective of including people in the financial system. It has set up norms to allow telecom companies to offer mobile money services through their subsidiaries. This allows telecom companies to compete with banks and ease down banking hassles and enrich the sector with a variety of offers. Not only that, but it has also lowered the remittance rate for external and internal payments.

The central bank has also formed a separate unit, which is dedicated to deal with innovative digital technologies. Keeping in mind the safety of the financial system, the government in the Philippines has tried to maintain the balance between the need for the private sector and the international banking practice.

One of the major relaxations, which used to be a significant barrier to financial inclusion, is in KYC (Know Your Customer) norms. The central bank has allowed financial institutions to rely on third-party verification of KYC. The ID requirements for opening a bank account have also been relaxed. This has enabled banks to outsource some of their verification processes to financial technologies.

For instance, the oldest operating bank in Southeast Asia – the Bank of the Philippines Islands (BPI), which had collaborated with a leading telecommunications company Globe Telecom and one of the biggest conglomerates Ayala Corporation to operate as the first mobile bank in the country in 2012 can now open accounts of people without any government IDs.

Startup Incubation scene in The Philippines:

The tech startup scenario in the Philippines got a significant boost in 2012 when two telecommunication companies began incubation centers to nurture FinTech startups. One was IdeaSpace, a nonprofit incubator by Smart Communications, a subsidiary of the Philippine Long Distance Telephone Co. The other was Kickstart Ventures by Ayala Corp. and SingTel-owned Globe Telecom Inc. Kickstart has invested in more than 20 startups, and it keeps between 12% to 20% equity in every startup it funds.

Current status of financial institutions in the Philippines:

You May Also Like To Read:?The State of FinTech in South Korea?

Despite having a variety of financial services on offer, only 30% people have banks accounts, and 5% have credit cards.?One of the emerging segments is mobile banking, which is attracting a lot of customers. Besides, the financial technology companies have also started offering payment and remittances services, which have posed a serious threat to the business of formal financial institutions.

Coins.Ph is one such FinTech firm, which allows people to send and receive money without having any bank account. The introduction of Blockchain technology has further made the remittance faster and convenient to people. The estimate suggests that around 2 million people are connected with this technology around the country.

However, Experts believe that like many Asian countries, FinTechs can help increase financial inclusion by complementing the efforts of various banks.

Startup opportunities in the Philippines:

The FinTech revolution has thrown up many opportunities for youngsters, fledgling firms, job market and the financial sectors. Some of the startups, which had started as a small company, made a fabulous exit in the last couple of years. For instance, Xurpas, which was founded in 2001 exited in 2014 with a market valuation of $160 million. Another startup firm,?Iremit?global remittance that was established in 2001 made a handsome exit with a market valuation of $35.5 million.

The FinTech fervor has also warmed up the employment sector in the country however due to huge working population attracted to overseas assignments, FinTech startups are finding it difficult to get a workforce with sound IT and tech background.

There is a strong demand for financial technologies in the Philippines due to a huge unbanked population. This along with the availability of finance and angel investors is shaping a healthy FinTech eco-system which in turn supporting innovations. However if the country can overcome some of its obstacles such as weak Internet infrastructure and high level of poverty, it will quickly emerge as the most sought-after Fintech destination in Asia. 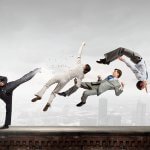 The Drivers of An Inter-team Turf WarSales, Startup Thought Leaders 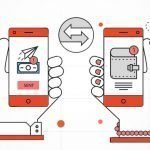 The State of FinTech In PakistanFintech, Startup Thought Leaders