The Drivers of An Inter-team Turf War

It is not uncommon to visualize teams as self-contained entities that are largely independent of their surrounding organizations. In reality, all work teams are permeable in other words; their very existence depends on upon the efficient flow of information, resources, products and services between themselves and other work groups within the organizations. It is not uncommon for the teams to feel that they are operating without much support from other work groups.

A team member may see their requests for assistance ignored by other departments, hear their job functions criticized in business meetings or feel they waste an excessive amount of time trying to resolve petty conflicts between themselves and other work teams.

There could be many reasons for the inter-team war, ranging from personal to more general, process-related conditions. An Important aspect of pinpointing the underlying causes of such conflict lies in determining the scope of the conflict, the organizational context in which it is embedded, and the personalities of the participating team leaders.

Now, let us look at some of the common causes, which give rise to the inter-team war.

Sometimes interpersonal conflict begins with intense personal grudge matches between leaders of the respective teams or their senior managers. Executive or team leaders who are involved in the disputes may very well make disparaging comments about their counterparts, criticize one another in public forums, or demonstrate that they are withdrawing support from the other party. Moreover, their team members are watching all this very carefully if a leader defines the other team as enemy camp, the whole team will often follow suit, due to loyalty. Even when the problematic personal relationship between team leaders is not contributing to inter-team conflict, their hostile attitudes may set the friction ball rolling.

Organizations may unintentionally establish conflicting goals for different departments. For instance, take a sales team that wants to sign on the greatest number of customers. At the same time, because the bonuses for the credit department are based on the reduction of late and failed collections, this group may establish a stringent screening process for new customers. Likewise, to compete effectively in the job market, a departmental team may want to offer very high salaries to the job candidates. In doing so, it may counter resistance from the compensation & benefits team as their bonuses may be tied to remaining in the salary budget.

A poorly designed work process will result in errors, wasted time, falling customer service and redundant work efforts. In addition to that, when the teams lack effective methods for achieving alignment on important issues, decision-making sessions may degenerate into the winner takes all battles. And not to forget, people and groups abhor failure, and everyone wants to pass the buck to other person or camp when the lightning strikes.

Occasionally you will notice that the teams have entered the conflict because they are operating within the highly ambiguous and confusing organizational boundaries. In such cases, regardless of the interpersonal skills exhibited by the respective team members and leaders, some degree of inter-team conflict is inevitable, just because they are performing within overlapping areas of responsibility.? For example, a company?s IT function and its training function both believe they are responsible for delivering functional IT skills training to their organization’s associates.

You May Also Like To Read:?The State of FinTech in South Korea

In other cases, teams face the enormous challenge of trying to work within the evolving definitions of their respective charters and accountabilities, which fluctuate continually in response to changing business conditions and organizational pressures. As a result, for many teams, managing team boundaries is an ongoing responsibility. 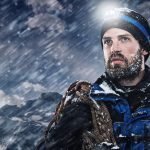 How to shore up your sales team when times are toughSales, Startup Thought Leaders 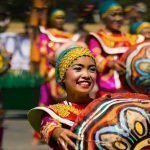 The State Of FinTech In PhilippinesFintech, Startup Thought Leaders