The State of FinTech in Vietnam

One of the fastest growing economy, Vietnam exists in the eastern and southern part of the Indochinese peninsula in Southeast Asia. It is a one-party communist state, which has set a target of becoming a developed nation by 2020. Its immediate neighbors are Laos and Cambodia in the west and China in the north. Its entire eastern part is surrounded by the South China Sea, which makes this part a popular tourist attraction due to beautiful beaches. Besides, Buddhist pagodas, historical sites, rivers, bays and excellent geographical locations add to the scenic beauty.

What makes Vietnam a goldmine of startups are the young and a talented lot of software developers with Internet penetration rate of 30% and the mobile subscription rate of 145% in the country.

Strong emphasis on the teachings of mathematics, science and computer science at the school and college education system has finally paid off regarding producing bright youngsters who are part of the growing startup culture in the country.

Vietnam is passing through a phase of startup boom as today there are about 1500 to 3000 startups companies working and making the country Southeast Asia’s third largest startup ecosystem after Singapore and Indonesia.

When one compares the number of startups running in Vietnam with Asian countries such as Indonesia (2100), China (2300) and India (7500), it shows that as compared to the total population, Vietnam represents a higher concentration.

In 2015, there were 67 investments in startups and it is up by 130% from the previous year of 2014 which witnessed only 28 investments. A local incubator Topica Founder Institute estimates that 25.8% of 2015 deals were seed funding from foreign investors.

Companies like 500 Startups have chosen to invest in startups such as Beeketing, which was started by a college dropout. Beeketing deals in automated marketing service estimates to earn revenue of $2 million from its US clients.

Similarly, Lozi, a food finder app got investments in millions from DesignOne Japan Inc and Singapore’s Golden Gate Ventures. Four founders who faced a lot of hardships and criticism initially started Lozi in 2012, however, today it has 600,000 registered users and 4 million unique visits every month.

One of the partners of 500 Startups reported as saying that it initially wanted to invest in only 10 to 20 good companies over a period of 12 months. However, they realized that there are the lot more good companies for them to invest.

The country’s rapid growth in information and communication technologies has made it one of the fastest growing economies in the world. While ten years ago the number of Internet users was four million, today the number has gone up to 40 million. Similarly while ten years ago, there were no smartphone users; today 30 million people use smartphones.

Ho Chi Minh City, which is Vietnam’s biggest city and also a business hub, has become a center of the majority of startup activities in the country.

Globally renowned foreign private equity funds have shown a lot of trust and confidence in youngsters in Vietnam as they are investing in a big way in the country. Just recently e-wallet MoMo raised $ 28 million from Goldman Sachs and Standard Chartered PLC. In another significant move 500 Startups, Silicon Valley-based venture capitalist declared a Vietnam-focused fund worth $10 million.

Global tech firms such as LG Electronics Inc, Panasonic Corp, Toshiba Corp and South Korean giant Samsung Electronics Co Ltd have production units in Vietnam since long, and this has paid a lot in developing a base for research and development in the country.

Many reports suggest that one of the factors crucial to the growth of FinTechs is the availability of skilled workforce, which is cheaper than its neighboring country China. Also, It’s well accepted that computer science students from Vietnam are highest performers in the world.

The Organization has ranked Vietnamese 15-year-olds above their counterparts in science and math?s in the U.S., Australia, and Britain for Economic Co-operation and Development.

A lot of Vietnamese students who go to study abroad acquire valuable entrepreneurial knowledge and understanding of western innovative methods and use that knowledge at home for local benefits. Along with this, Vietnamese youth are culturally determined to succeed in any conditions. At the same time, another Vietnamese culture to follow the senior without questioning him in some ways hamper the exchange and debate of knowledge.

Segments of FinTech In Vietnam:

Payment solutions dominate among all the FinTech segments in Vietnam. Since the majority of startups in Vietnam are in e-commerce sector which witnessed 35% growth in sales in 2015, the payment solution contributes to it. The $4 billion total deal is just 2.7% of the total retail sale, which suggest that e?commerce has an enormous scope to grow. There are many other tech-related startups firms, which provide logistic support to e-commerce.

Besides the rise of e-commerce, people in Vietnam are largely dependent on cash payment, and there is an enormous scope for payment solution FinTechs as it directly impacts their day-to-day living. According to the World Bank, 70% people in Vietnam didn’t have any bank account, and less than 27% had a debit card in 2014. The figure might have improved in the past two years. However, there is still a large scope for improvement.

Besides payment solutions, other FinTechs cater to crowdfunding, data management, personal finance, Bitcoin, and banking. For instance, while FundStart, Comicola, Betado, and Firststep deal in crowdfunding, LoanVi is in the lending segment. Similarly, CircleBi is into data management and BankGo, MoneyLover and Mobivi cater to personal finance. Bitcoin Vietnam and Timo, the country’s first digital bank, add to the innovative initiative of Vietnamese youngsters.

Regulatory maturity is yet to come in Vietnam as the government is on one hand thinking of encouraging new business model and support them; on the contrary, it is very much concerned about risks posed by financial offenses such as money laundering, etc.

But the lack of mature regulation hasn’t come in the way of the government initiative to FinTechs. Vietnam is a member of the Trans-Pacific Partnership trade bloc and free-trade deals with the European Union, which plays a crucial role in attracting foreign investments. Besides, the government has announced a lot of incentives with an aim to lure investment away from neighbors.

Among the prominent incubators and accelerators is Vietnam Silicon Valley which is developed by the Ministry of Science and Technology in conjunction with the Vietnamese Government and Founder’s Institute, run by online education website Topica.

Another incubator Hatch! Which started as a platform for startup founders to exchange ideas, received a grant from Finnish government for training mentors. It went on to start a co-working space and incubator program, helping a lot of startup projects based on mobile technology to take the path of a successful business venture.

The Vietnam Innovative Startup Accelerator (VISA), a collaboration of major corporations – BIDV, Dragon Capital, FPT and Hanwha Investment ? has decided to invest US$8 million into various startups to build international companies which will operate out of Vietnam.

With the launch of new financial products by FinTech companies, banks are also gearing up to adopt new technologies to deal with the challenges. With the beginning of services in mobile payment, online payment, and e-wallet segments, it is expected that very soon FinTech growth will enter into other banking services.

While banks face complex and inefficient delivery system, FinTechs plagued with issues such as brand building, regulatory dilemma and inability to scale, say experts. So a collaboration between banks and FinTechs will be a win-win situation for the both.

At present, the collaboration between banks and FinTechs are in forms of digital payment cards which can be used for online purchases using smartphones. Matchmove Wallet’s collaboration with American Express, HD Bank, and TPBank to offer various financial products is one such example where banks and FinTech firms joined hands in the interest of customers.

Vietnam’s remittance market is considered as one of the busiest in Asia, and therefore local and foreign players vie to tap into the present market size. The country has received US$13.2 billion in 2014, which is 6.4% of the country’s total GDP.

A startup based in the UK WorldRemit has recently ventured into Vietnam to provide cash pick-up service for DongA Bank customers. Tapp Commerce is a Finnish startup firm that provides payment processing platform and a network, which connects local merchants, and consumers who don’t avail any bank services.

Experts believe that Vietnam has a lot of opportunities for innovative financial services companies because formal banking system doesn’t have deep penetration. Only 20% population has bank accounts, and even card transactions were recorded at 3.1% in 2013. So the huge gap between banked and unbanked customers has created a plethora of opportunities for financial technology companies. 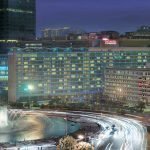 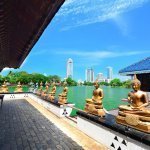 The State of FinTech in Sri LankaFintech, Startup Thought Leaders