In any developing country, infrastructure development and business activities begin from the urban centers and gradually move towards rural areas. 70% of the population of Mynamar resides in villages and for the country to progress the change has to set foot where it is most needed. Farmers in Mynamar can become a part of the mainstream development if we can give them access to microfinancing.

Farmers in pitiable state in Mynamar

Let?s take the case of Ohn Kywe which might sum up the problems of rural areas of Mynamar. Kywe is a farmer in Kyaung Su village, one of the poorest areas of Bogale township in Ayeyarwady Region. The little agriculture produce from his farms is not enough to make him both ends meet. In the absence of any government policies for easy loan at a low-interest rate, he has fallen into the trap of small time money lenders.

These unscrupulous creditors are readily accessible to extend a loan, but their rate of interest is so high, often between 10% to 20%, that once a farmer takes credit, he ends up losing his farm land to him against the adjustment for the loan amount and interest accrued on that.

Ohn Kywe is not an isolated example of Mynamar. One can imagine the pitiable condition of the farmers from the fact that according to United States Agency for International Development (USAID), 30% to 50% of the total rural population is landless. Some of them are landless from a few generations, but the majority of them have lost land to either money lenders or are the victim of land grab from influential real estate dealers and agents.

Due to rising prices of land, trading of land has emerged another major problem for landowners in villages in Mynamar, especially those communities which exist at the periphery of cities and towns.

Must Read:?INNOVATION IN AGRICULTURE WILL DRIVE FOOD SECURITY

Besides these, low produce, small land holdings, land grabbing, the absence of government program to extend loan at cheaper rates, especially to those farmers who are landless, are some of the issues which require urgent attention from the government.

Microfinance can break the vicious cycle in Mynamar

The government can tackle these problems by ensuring finance facility reaching up to the landless and poor farmers. How can a farmer, who doesn?t have adequate money to make both ends meet, think of modern farm technologies and improved seed quality? The increase in agricultural products can help farmers earn real money. But all the problems emanate from the fact that since they are poor, they can?t afford to own either land or hire advanced farming technologies. They can?t increase their agricultural produce, and they remain financially deprived. The vicious cycle will break when money flows in. Microfinance facilities with low-interest rate will help farmers break this cycle.

Myanmar Agricultural Development Bank (MADB), a state-owned and the successor to the State Agricultural Bank (SAB) established in 1953, in 2013-14 disbursed agriculture loan to the tune of 862531.29 million kyats, according to the website of Ministry of Agriculture and Irrigation (MAI). Experts believe that MADB?s loan amount is nothing as compared to the rising demand for the credit for small and landless farmers. Among landowners majority of them are such whose landholdings is less than 2 acres.

Steps that can increase the penetration of microfinance in Mynamar

The victory of NLD in the last election held in November 2015, has spread some optimism among landless farmers because NLD in its political manifesto has promised, ?right to own and to transfer land following the law? and ?livelihood programs for the landless and itinerant workers.? NLD?s stand that every farmer working in the field must own his land has given a ray of hope among them.

The best part is that the National League for Democracy (NLD), headed by Aung San Suu Kyi, is quite serious about dealing these issues. However, it is easier said than done.

In a recent Hluttaw parliamentary session, Minister of Agriculture, Livestock and Irrigation U Aung Thu expressed the government?s inability to grant enough money for the loan for farmers. Parliamentarians wanted K500 billion more loans in addition to the total K.1.7 trillion earmarked for the farmers at 8%. Out of the total approved loans, i.e., K.1.7 trillion, K1.4 trillion will go to the paddy farmers. Despite sanctioning of loans, another concern is timely disbursal of the loan so that farmers can access when they need it most. It is evident that the only option government has is to open the door for microfinance companies and allow them to get money from foreign financial institutions.

Following are the challenges before the government?in Mynamar

Among other land reforms, the present government needs to extend net cultivated area up to 13.6 million hectares and cropping intensity 168 percent. It needs to attain 4.28 mt/ha of the average yield of paddy and 33 million of paddy production. Total irrigated area also needs to be extended to 2.3 million hectares.

Extension of the activities for the accuracy of agricultural statistics, encouragement of the production of qualified and standardized agricultural value-added products for more competitive in the international market and creation of a profitable and sustainable market for farmers are other priority areas.

The undertaking of production and provision of high-yielding and quality seeds for paddy, maize, sesame, sunflower, green gram, pigeon pea, soybean, cotton (Ngwe-chi-6) and sugarcane for the benefit of farmers and the increase in the production of quality crops.

Educating and conducting training of good agricultural practice by extension agents to the farmers through the contact farmers for the efficient application of those methods appropriate with the respective ecological conditions.

Besides that fact that the new government is taking all measures to help farmers increase their farm productivity, but it has its constraints. In the given challenging atmosphere, it must encourage microfinance companies to offer timely loans at attractive interest rates to improve farmers? financial condition. 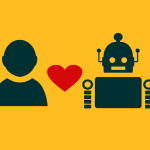 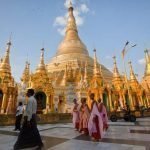 Myanmar Is A Hidden Gem In ASEANStartup Thought Leaders