How to Avoid Giving Concessions in Negotiations

A skillful negotiator will try to trade a concession, which in fact costs him a little, but which has real or high-implied value to the buyer, and brings a relatively more valuable concession from them. A great deal of skill is required on the part of the seller in raising the apparent cost to him and value to the buyer of a concession he is trading. Concessions must be traded carefully; this is to say you must not take your hands off your concession until the buyer has agreed on what he will do in return.?Let’s look at the ways and tactics to achieve this end game.

In many respects, a negotiation is a vital game played for real results. Any unduly and early attempts by either side to harden its stand or dig in their heels by being inflexible will be met by reciprocal inflexibility from the other side, and the negotiation will break down. It is critical in these cases that at the conclusion of the negotiation both sides agree they cannot reasonably bridge the gap between them at this stage, or in this instance.??Having such a conclusion leaves open the possibility of further negotiation on the same subject or new negotiations in another area.

A breakdown in negotiation caused by the unreasonable inflexibility of one party will not leave the possibility of new negotiations for the future so open.??At all times even when you have reached a point beyond which you are not prepared to go, you must appear to be reasonable.??Keep in mind that you are playing a ritual game, which is firmly rooted in hard financial reality. For many buyers, much of their sense of achievement comes from playing the game well.


The definition of successful negotiation from the seller?s perspective is one which ends on your side of the point of need balance.?However, the buyer believes that the deal favors him. You can use some of these hints to tilt the balance in your favor and avoid high concessions without getting anything in return.

– Allow the buyer to do most of the talking in the early stages, but do not frustrate him by not answering all his questions.

– Move the discussion from opening stances to a clear statement of actual stances, taking care to limit your losses; it is your responsibility to save face for the buyer.

– Avoid taking a premature stance at any point, which might result in reaching a point of no return too early in the negotiation. It is easier for the buyer to walk away then it is for you in most circumstances.

– Try to close on a clear statement of the actual gaps between you.

– Trade any concessions one at a time, ensuring that you raise the value of your concessions to him above their cost to you. You have to make a small concession on your side, seem very large gain to him. You can do this by

Implying that you really cannot give it.

Avoid emotional reactions but satisfy the buyer?s emotional needs. The good buyer/negotiator will try to put you under emotional pressure.

By referring to the main problem that will be solved by the concession.

Refer to the saving gained by the buyer.

Calculate the financial results of the concession.

Build up the notional cost or opportunity cost of giving the concession.

Persuade the buyer that the benefits of the deal without the concession still justify acceptance.

Show that the concession would put the buyer at a disadvantage, for example, you may not be able to support the product because of low margins.

With each and every concession made, whether from you or the buyer, it is essential that you summarize the details agreed. This will prevent misinterpretations later.??Consider a negotiation successful, if both you as the seller and the buyer meet at the point of balance, wherein both you and the buyer are satisfied. 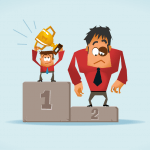 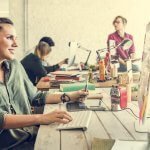 If You Have Bad Listening Skills Forget Sales As a CareerSales, Startup Thought Leaders