Is Your Sales Team Fit For Challenges?

It is not uncommon for a sales team to run into occasional unanticipated challenges. Considering the times in which we live, sales leaders cannot plan for every eventuality. On the other hand, if your team is often choked with unforeseen events, you may want to develop stronger early warning systems. The best sales leaders know that being successful is closely related to securing timely information about circumstances that can affect their performance. Having an early warning system is more than just looking ahead, your team must be ready to respond quickly and with flexibility to the changes in the environment.

A team that lacks foresight often miscalculates the impact of external and internal changes. The team members may see a variety of potential problems in an impending merger but never consider the growth opportunities that will accompany the change. They are obsessed with threats and miss to see the opportunities. And opportunities don’t lie dormant; they are frequently gobbled up by your competitors, who may be adept at profiting from team’s lack of foresight or preparedness.

You May Also Like To Read:?The Four Stages In Making A Great Sales Team

Depending upon your team’s position about the agility of response and adjustability, they can be classified as Happy, Jumping Jack, Let’s do it or Platformax.

“Happy teams” live in denial. When they face a significant change, they either ignore it or convince themselves that it’s just passing by the phenomenon. They firmly believe that the hiccup is a temporary aberration and soon enough things will return to normalcy. It goes without saying that such teams display an extreme degree of rigidness. Once they chart out on a course, they keep on marching ahead, irrespective of any new or adverse information that may suggest a need for midterm course correction.

The second kind of team that you witness is the “Jumping Jack” team.?? They are usually slow to respond and take action after the situation is obvious. While they believe that the situation warrants change, they demonstrate a minimum amount of adjustability. They make small changes to the original plans and are convinced that the original plan was robust enough to tackle this unforeseen event. Jumping Jack teams focus their energies on the past rather than the future. The team members subtly deflect questions about planning or future actions and are quick to explain that they are too busy putting out fires, which need immediate attention.

Let’s do it team

The third kind of team that you may have seen is the “Let’s do it” team, these teams go ahead with change and consider the possible implications of events as they unfold. However, they are myopic in nature and plan for events that are just beginning to appear on the horizon. Mostly, they miss the business implications of large-scale changes as they concentrate on an event that concerns their unit only.

The fourth and the best team to tackle unforeseen challenges is to build a “Platformax team”. Irrespective of their day-to-day work pressures, they continually scan the horizon to track trends and performance of their companies. They invest a considerable amount of effort in thinking through and preparing for all contingencies, and wherever possible they attempt to influence the course of business events. They anticipate and make an endeavour to shape the change, rather than waiting to be engulfed by it.

We have helped numerous entrepreneurs in structuring their sales process. In case you want to build a Platformax sales team, drop me a note and our Sales Jedi will conjure the best team for you.

Sr?an Mahmutovi?
Srdan is a serial entrepreneur, and his latest venture is Platformax; He is trying to reduce the inefficiency in sales by using automation as a tool. Platformax is a sales automation platform that gives you all the functionality you need to be an ace salesperson. He is currently working on Platformax 2.0 that will enable people to have sales genie, one on the lines of what Aladdin had. His love and passion for Archery made him a National archery champion for four years in elementary and middle school. He has two kids and enjoys the tremendous support from his spouse for his gigs.
Recommended Posts 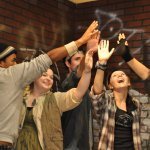 The Four Stages In Making of A Great Sales TeamSales, Startup Thought Leaders 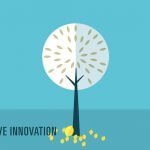 What is killing innovation in your company?Sales, Startup Thought Leaders