Real Estate Investment Trusts (REITs) were brought into existence in 1960 by the US Congress to provide an investment option on the lines of mutual funds. In India, the REITs were first introduced in 2007 via SEBI?s draft REITs Regulations. The Regulations did not progress much because of its inherent flaws that were not very investor friendly. It took seven years for SEBI to iron out the flaws ? that too, to some degree – by re-issuing the guidelines in 2014. There still are niggling issues in the draft Regulations which still bother both the investors as well as the promoter, thereby, proving to be a not-so-lucrative option for owners of real estate to set up REITs.

The underlying asset is of various hues, chief amongst them being leased out office buildings, residential apartments, warehouses, hospitals, retail/shopping complexes, hotels, etc. However, in India, the leased office spaces and retail malls would perhaps be the first to be targeted for setting up REITs.

The total addressable market for leased office space is circa 450 million square feet, and for the retail mall, it is circa 70 million square feet1. Amongst the eight major developed cities of India, viz. Bengaluru, Delhi NCR, Mumbai, Chennai, Pune, Hyderabad, Kolkata and Ahmedabad, a majority of this 450 mn sq ft of leased office stock is in the three major metropolitan cities of Bengaluru, Delhi NCR (Gurgaon, largely) and Mumbai. More specifically, DLF Cyber city in Gurgaon would perhaps be the lowest hanging fruit for its promoter to launch a REIT ? within the next six months.

Listing of a REIT will have a tremendously positive effect on the Indian real estate industry. Real estate is an industry which is rife with irregularities thanks largely to it not being governed by any formal institution ? up until now. All this is set to change with the establishment of the Real Estate Regulatory Authority which is likely to afford the investors with a sigh of relief. The real estate sector is at an inflexion point and moving towards a scenario which will make it a much more stable sector for investors as well as developers.

India being a developing nation, not all of the total addressable market for commercial offices outlined in the previous paragraph will be REITable. For a commercial real estate asset to qualify for the purpose of REIT, it will have to pass through some stringent test. Chief amongst them would be the grade of the building and rental income generating capacity. Prima facie, only Grade A buildings appear to be REITable in the Indian context. Grade A buildings are loosely defined as those with a minimum gross leasable area of 100,000 square feet, multi-tenanted, professionally managed, ample parking space in the basement for tenants and visitors, having HVAC facilities, power back-up and a good facade. Having said that, not all buildings in India would be REITable. Assuming half of the total addressable market ? half of ~450 million square feet – would be REITable, that still is a significant chunk of office market space (~225 million square feet) that is REIT compliant. Furthermore, it would be fair to assume that even if half of the REIT compliant office space gets listed for REITs, it will return some serious bucks for the developers and promoters of REITs.

Bengaluru and Gurgaon appear to be the hot pursuit of setting up the first REIT in India. These two cities have some of the most sought after office assets that are REIT compliant. Bengaluru has over 105 million square feet of Grade An office space and almost 90% of it is REITable. Gurgaon, on the other hand, has approximately 65 million square feet2 office space out which circa 60% is REITable. These two markets are also one of the most stable markets in India for office space. Yields have ranged between 8-12% depending upon on the location and tenant mix of the asset.

Leading developers and a few private equity players are currently thrashing out details of what could be India?s first REIT to be listed in the history of real estate in India, all eyes are glued to this new segment of real estate. 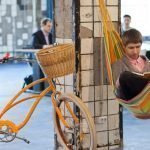