The rising concept of shared offices owes to what the well-known South African social rights activist, Desmond Mpilo Tutu, has once said, “The fundamental law of human beings is interdependence. A person is a person through other persons.”

With startups and freelancers, who initially took to co-working as low-budget working options, large enterprises have also realised its benefits, and now co-working has become more synonymous with the enhanced productivity of an employee than the low office rent it costs to a company.

Today, from an individual entrepreneur to Fortune 500 companies all acknowledge the benefits of co-working spaces and accept it as the latest and future business trend.

Those who support the concept of shared economy believe that co-working spaces bring life, energy, positive vibes and a whole of dynamic features back into the workplace. It fosters collaboration and knowledge among the members. Intelligent and quality interaction makes professionals more productive and their working experience more satisfying.

You May Also Like To Read:?Why Large Corporations Are Moving to Co-working

A report, recently released by a leading international property consultancy firm, estimated a 21% compound growth of co-working spaces in the next five years. The overwhelming response highlights its worth and wide acceptability.

Other studies show big companies, which have enough money to splurge on office facilities, send their employees to work in co-working spaces to understand the diversity of working culture, improve their ability to network and negotiate and gather the best out of it.

Let’s motivate and get motivated

Recent surveys on working environments and studies on the psychological impact of working conditions establish beyond any doubt that co-working acts as the best motivational tool for any professional. A survey conducted last year reports that 89% people feel happier being a part of co-working environment and 83% says that after joining a co-working brigade, they feel less lonely than they used to.

A write-up “How Effective Is Telecommuting?” – published in the journal Psychological Science ?- highlighted that if a person works from home for too long, he or she experiences social and professional isolation and it can make him/her sad and demotivated towards achieving any particular goal.

A challenging situation for any professional working in an isolated environment can put him off from work and bring up a feeling of worthlessness.

Another study on how working professionals can thrive says workers, who belong to them, have an average of 6 level of thriving on a scale of 7, while workers from a traditional office set up report one point lower lever of thriving, i.e., five on a scale of 7. It reveals that member-based workspaces, which co-working spaces are often referred, find their projects more meaningful with complete self-involvement.

Since co-working spaces witness workers coming from diverse companies and working culture, professionals don’t need to put in any additional or extraordinary effort to fit into the specific character of the workspace. They remain natural to his surroundings and work with ease.

Workers with different background, companies, mindsets and temperaments find common ground to complement each other on the well-known principle of ?diversity fosters creativity and innovation.”

Work autonomy, control and flexibility come as crucial factors at workspaces. Any professional, self-motivated to achieve a defined target, doesn’t need a manager to sit over his head and make him perform.

He feels suffocated in a traditional office atmosphere whereas, at the co-working space, he is all in all. He defines his working hours and takes a break whenever he feels like. Colliers International, a commercial real-estate firm, in its latest report says that the flexibility of co-working spaces is an important reason why it is edging out traditional offices. Behavioral scientists also agree that self-managed offices, one like co-working spaces, make workers become their masters and it leads to an engaged, productive and happy work environment.

Do you work to live or live to work?

HR managers say co-working spaces, also called social workplaces, give preference to ?working to live’ over ?living to work’. Once you bring personal life to the workplace, this unique integration of work and life increases the level of engagement of workers, believe experts.

A lot of things happen along with work that keeps professionals distressed and happy. Interestingly, in a couple of surveys, workers have reported dating while remaining engaged at work happily.

A multidisciplinary journal, Sleep Health, published by the National Sleep Foundation, published a study last year in which it said that people who maintain flexible work schedule slept better than those who had to report to the office at specific times.

You May Also Like To Read:?Benefits of Co-Working Spaces

Researchers found that employees working in flexible work environment got eight minutes more sleep per night which mean nearly an hour more sleep per week as compared to the other group which worked in a controlled environment, reported the journal which explores sleep’s role in population health.

The growing popularity of co-working spaces and multiple research works and surveys indicating its benefits over conventional office spaces suggest that shared spaces are the future office spaces.

It also shows that people don’t want to leave their personal life at home rather they want to carry it to the workplace, and co-working offices are the only professional environment which allows them to do so.

Since the shift in the workforce and working environment tend to happen relatively slow due to deep-rooted and rigid conventional system of regular office work, the expansion of co-working spaces will be a continuous process.

Experts believe that this change will be slow for some time however 2020 onwards it will gain rapid momentum.

Jappreet Sethi
Jappreet Sethi is the CEO and the founder of YoStartups. He is an HR & Business Strategy professional with experience of leading HR & People Consulting practice of multinational professional services firms. He has over a decade of experience across various facets of HR and is a Six-Sigma Black Belt along with a certification in using Lean for process improvement. He is a visiting faculty in the top management institutes, and his views and articles have been published by leading publications globally.
Recent Posts 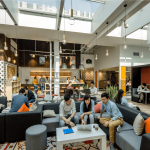 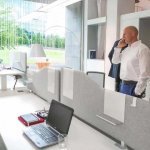