The Reason Behind The Startup Boom

The startup industry has shown an upward trend in the recent years, and every year millions of hopeful founders turn their dreams and ideas into reality. About 100 million startups are launched every year, but unfortunately, 90 percent of them go bust, failing to justify the money being invested in them. Many believe that failure is the new jewel in the crown of startups, as long as they can explain the learning?s from the failure, even though it is at someone else?s cost.

The main reason behind the startup boom is the availability of snippets of codes and cloud computing along with low operational costs. Another reason, which could justify the startup boom, is that there is a cultural shift in the attitude of the people. Gone are the days when the traditional 9 to 5 job was considered a better and safer option for earning the bread. With the rapid rise in the youth unemployment rate, the governments in various countries are trying to promote entrepreneurship among the youth to save the economy from dipping further. With the boom in the startup industry, the world is being transformed into a single market, and the baby startups are creating job opportunities on a global scale. The technologies involved in the startup production is comparatively flexible and can be out sourced, there is a company for everything from coding to the end user testing. The Internet itself is now faster, universal and wireless, the social networks have come of age, allowing endless permutations.

The new startups have shaken the blue chip companies, which had a stronger grip on the economy. Some of the major industries and players that have been shaken up are

– Borders Books gobbled by Amazon in the Books segment

– Tower Records upset by Apple & Spotify in the Music segment

– Hotel Chains upset by Airbnb in the Hotel segment

– Taxis upset by the Uber/Lyft in the Urban Transportation segment

– Resumes & Recruiters upset by LinkedIn in the Recruiting industry

– Newspapers upset by the Social media in Information Consumption area

– Retail stores being toppled by the e-commerce (Shopping) players

Must Read:?Real Estate Tech in Laos

The recent study by the Global Startup Ecosystem report points out that there are three major reasons, which are giving rise to the startup boom.

The startups require a smaller amount of capital, and developing them has become a lot easier with the introduction of pay as you go services, way better than the old model where you needed to invest higher set fees in advance. As lesser amount of money is required to develop a new product or service, the angel investors are coming in hordes to readily invest in the risk-laden startup game

The rapid growth of startups is changing the meaning of entrepreneurship, and the field has developed a new set of management principles that are being actively shared, these principles are rooted in experience rather than research. The young entrepreneurs have access to these principles without even going through the formal MBA class. Some of the principles making waves these days are Lean Startup, Pivoting & Product Market Fit.

The high rate of adoption of new technology by the consumers has enabled the startups to grow faster at a significantly higher rate. It?s far easier and cost effective to reach consumers across the world using technology, this used to be the privilege of big wigs in the previous generations, for they were the ones who had the muscle to spend crazy money to reach the consumers globally.

The startup sector is all set to show a 15 percent growth in 2016, with high technology startups penetrating every sector of the society. As said by Marc Andreessen ?Slowly software is eating the world.?

What do startups mean to the economy?

The startup sector cannot be underestimated in terms of wealth creation. It is predicted that by 2025, the global market would be driven by companies, which we haven?t heard of yet. The magical combination of investment, talent, culture will lead to unprecedented wealth creation, in five years an entrepreneur may be able to create a $10 billion dollar company. The global market is prepared to evolve continuously to push through this boom, with a higher number of tech meccas and the startup accelerators, the failure rate of startups will come down too. The startup explosion is revolutionizing entrepreneurship; the sector has a bright and promising future, jump on the bandwagon today.

Are startups the way forward, Future of startups, how to decide, Jappreet Sethi, Job versus startups, Startup Blog, Why are Investors Attracted To Startups, Why Are Startups In Demand, Why startups are in fashion, YoStartups 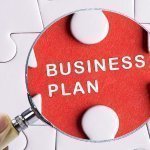 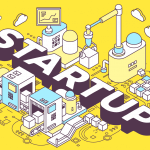 What is a startup incubatorBLOG