Why VC’s are pouring money in FinTech players

It’s a technology that turns your smartphone into an ATM and takes care of all your day-to-day spending with just a touch of the screen. Be it your petrol bill, daily grocery expenses or even your monthly EMI on a home loan, you only need to put your fingers at some work on your smartphone and rest assured that your dues are paid, and your transactions are safe.

The credit for this ground-breaking work goes to start-ups who have revolutionized the world of financial transactions. So FinTechs have emerged as an area of great opportunities and long-term growth. Perhaps that’s the reason why investments in FinTechs have grown from $1.8 billion in 2010 to $19 billion in 2015.

With the ongoing innovation in digital currency (Bitcoin) and digital ledger (Blockchain), the relationship between a customer and a financial institution is all set to transform forever, and the traditional banking system is under threat of extinction.

2016: VC investments in FinTechs up in the first quarter

A recent report by KPMG and CB Insights says that VC-backed FinTech companies have rebounded from the drop in investments of Q4 2015. Since Q2 2014 till Q4 2015, the financial support to FinTechs was on a decline, however, the first quarter of 2016 saw some fabulous deals, which helped grow investments by 22% from the previous quarter. The report says that in Q1 2016, VC-backed FinTech companies raised $4.9 billion across 218 deals that have taken the FinTech investments up to $5.7 billion.

The two big FinTech deals in China ? Lu.com and JD Finance ? represented almost half of all global investments, says the report. Some of the interesting trends that the report has suggested are increasing the interest of investors in technology companies working in the insurance space and collaboration between banks and FinTech companies.

What makes VCs back FinTech companies?

VC-backed FinTech companies took 86% of overall FinTech funding in the first quarter of 2016, says KPMG and CB Insights. The confidence of venture capitalists in those undertakings stems from the fact that FinTechs are touching every aspect of banking and insurance process and offering services at lower costs than the traditional finance companies. Their popularity and customer base are increasing every day because they provide services at much faster and easier way than their traditional counterparts.

For VCs, the prospects of FinTechs are very crucial. Their investments depend on the companies’ growth prospects. Innovations like Bitcoin and Blockchain have reposed their trust in FinTech firms as these are emerging technologies that can have a phenomenal impact on financial services around the world. The only challenge is the regulatory barriers across different geographical boundaries, which will take the time to overcome.

The interesting trend which the report of KPMG and CB Insights highlights that banks and financial institutions, instead of competing with FinTechs, have started collaborating with them so that they can have the benefits of the cutting edge technology and innovation. While some banks have begun floating their subsidiary FinTech companies, many others have acquired some FinTech companies to get full access to their technology and use it for their benefits. Some financial institutions, like Citibank and HSBC, have even partnered with FinTechs to make their financial activities more secure and customer friendly.

Though experts have cast doubts on the success of some of the acquisitions and partnerships between FinTechs and banks as according to them, these collaborations might not turn out to be a viable business model. However, that’s true for all sectors as every start-up doesn’t transform into a successful venture.

What’s obvious is that financial institutions have realized the importance of FinTech firms, and they don’t want to lag behind in the fast developing era of technological advancement. They are afraid of the potential disruption that innovations like Blockchain and Bitcoin can cause.

Tech consultants very well know that along with bringing down the transactions cost, Blockchain can minimize transaction time and fraud, and these features will appeal to the consumers. Management of micro-transactions is another benefit of Blockchain.

Several economic studies and reports have highlighted the significance of Blockchain on the overall financial system. Besides the report of KPMG and CB Insights, a recent study by Goldman Sachs Investment Research says that the implementation of Blockchain technology could save capital markets $2bn in the US and $6bn globally every year by streamlining the clearing and settlement of cash securities.

These benefits have strengthened VC investors’ trust in FinTech firms as they can see a high demand from the consumers in the alternative financial services. That’s the reason the $4.9 billion invested in the first quarter of 2016 is 96% higher than the $2.5 billion in the same quarter last year, as per the report of KPMG and CB Insights.

QED Investors, 500 Startups, and Khosla Ventures were the top three most active FinTech investors over the last five quarters by unique company investments.

Will VCs’ backing to FinTechs continue?

After the recent scandals of LendingClub and Prosper, which has led to controversies, and erosion of trust of investors in FinTechs, a section of experts have raised questions about the further growth and survival of FinTechs. Many of them had looked at FinTech sector as a bubble about to burst, but that doesn’t seem to be happening anywhere in this financial year. On the contrary, the new hope and confidence of venture capitalists which gets reflected in soaring investments, give enough reason for FinTechs to cheer.

Tech consultants see 2016 as a good year for FinTechs for VC investments. Besides the significant VC funding in the first quarter, they point out the recent multi-billion dollar investment in Ant Financial in April 2016. The deal of $4.5 billion in China, the largest single funding round to a FinTech company, is said to have set the trend for substantial investment prospects in the sector. 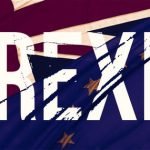 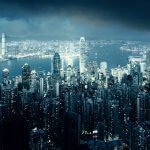