The past year had been a year of turmoil for the Indian startups right from the huge funding rounds, rebellious entrepreneurs to soaring valuations. The?third largest startup ecosystem in the world was action packed as the Indian ecosystem grew out of infancy and started teething. Will the baby grow or die before it attains adolescence, is yet to be seen.

A recent study report by NASSCOM states that India is the youngest start-up nation in the world and 72% of the founders are less than 35 years old. It also states that more than 50% of the 1,200 startups focus on e-commerce more, consumer services and aggregators; and about 9% of female founders and co-founders in startup ecosystem. NASSCOM from its report also suggested, ?With 100% growth in a number of private equity, investors and venture capitalists along with 125% growth in funding over last year, Indian start-up ecosystem has risen to the next level.? According to trak.in, which recently got the blessings of Ratan Tata as an investor, 936 deals got sealed in 2015, pumping over USD 8.4 billion in the Indian startup ecosystem, way above up 304 deals pumping USD 5 billion in 2014.

In 2015, the valuations of the Indian startups continued to soar with Flipkart being valued at USD 15 billion in the month of July 2015 growing from? $11 billion in December 2014. India?s very homegrown brand Snapdeal rose to USD 5 billion in August from USD 1 billion in May 2014. “The technology and e-commerce sectors have been in the limelight in 2015, and our country is the fastest-growing startup ecosystem in the world, right now, eleven of the 68 ‘unicorns’ globally, (companies that are valued at over USD 1 billion) are of Indian origin?, says Indian Angel Network (IAN) president Padmaja Ruparel as per PTI.

The calendar year 2015, also recorded many big and small acquisitions of startups starting from the acquisition of the Bangalore based mobile marketing and analytics startup, Zip dial in January for $35 million. The e-commerce giant Snapdeal also acquired around major five startups in 2015 – financial services market place RupeePower, Mobility solutions provider Letsgomolabs, e-commerce recharge platform Freecharge, and Fashion portal Exclusively amongst others. Several other startups acquired their peers as they wished to expand their global reach, expand their customer base. Acquisitions by nature are opportunistic and buyers plan to act as soon as the right target is in sight. There were several domestic and international acquisitions too in the startup space.

The year 2015, started with the startups being the top recruiters in the country. The top 10 leading e-commerce companies of India were expected to absorb at least 15,000 new professionals. The startups were the biggest recruiters at the IIT?s (Indian Institute of Technology) and the IIMs(Indian Institute of Management). But subsequently, as the year progressed some of the startups were forced to lay off employees. The Hostage crisis post downsizing at Tiny Owl or the layoffs at Housing were widely reported in the media and attracted comments from all and sundry. Several startups had to shut shop due to lack of scalable business model, inability to raise funds as well as the lack of demand of goods and services in the market. The trend would continue in 2016, albeit a bit faster. Many say winter is coming in 2016, and the funding will slow down, forcing many Indian entrepreneur to reconsider the plans.

Some of the bystanders get overjoyed whenever a startup goes through a rough patch, the flurry of articles on LinkedIn and other mediums start disseminating” wisdom” on what went wrong, interestingly some of them don’t even know the “S” of startup and want to gain limelight by pointing fingers. Watch them dance in 2016 and predict doomsday, but don’t take them seriously. What’s important is that startup founders need support and mentoring on handling these rough patches, for they have no experience in managing them. Many are coming forward to support them, though the numbers are less. The traditional HR heads and fraternity is too busy with managing spreadsheets and attendance to come forward, some one needs to take the lead for space is vacant. Jump in and help your fellow entrepreneurs, instead of mocking them for speed and risk taking.

Don?t let your heart sink, if you see five startups calling it a day, every week in the first half of 2016. The startups have a high failure rate, there is no point raising hue & cry about startups shutting down or exiting the horizon, startups are not the same as small & medium business ventures, wherein the survival rate is much higher, but you grow slowly and steadily. If you start a usual small business, your chances of succeeding for the first 24 months are awesome, around 75%. Contrast this with a startup, even with a kick ass idea, team, product, and a plan that gains VC traction, you still are going to combat a 75% chance of failing. Startups are about scaling with technology and capturing the market before other players wake up and start copying the business model, or unleash a pricing war.

Funding activities still are the biggest driving factor in any startup ecosystem. The average valuation of an Indian startup is $2.3 million as compared to $4.2 million of an American one, which at the end of the day is comparatively lower. Whilst at home we may be going gaga about our startups, the truth is not so sweet, only Bangalore ranking at 15, lists in the top 20-startup hubs globally as per a report from Compass. Even our next-door neighbor Singapore is listed at number 10 in the top 20 list. Our startup eco system lacks depth coupled with the lack of support for the entrepreneur, which may change in 2016 if Prime Minister Modi?s Start Up India comes to life. The energy and enthusiasm for the launch on 16th January 2016 in New Delhi is high, with over 100,000 applications for 1500 seats, and the likes of Travis, founder of Uber and Son, the founder of Softbank, the Godzilla of startup funding consenting to be present.

Indian startup ecosystem needs to evolve on the cost and availability of workspace, local taxes and policy issues which stem startup growth. Rhetoric is high, let’s see if the policy makers are able to walk the talk and push the Indian startups on the global arena, the energy in Indian entrepreneurs is second to none, a nudge from policy makers is all they need to make the world look towards this part of the East. 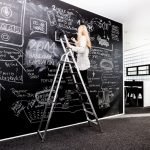 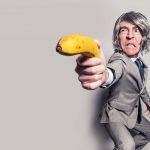 Struggling With Your Startup CultureBLOG