The culture of startup and innovation in many sectors have improved a lot of lives backed by products and services. Healthcare, too, got bitten by the startup bug with multiple sub-sectors mushrooming under the overall aegis of healthcare. From booking an appointment with a doctor to online pharmacy delivering medicines to your doorsteps, health care has witnessed a lot of technological innovation in the recent past. Some of the other popular sub-categories of healthcare include telemedicine ? remote treatment of patients, cloud-based healthcare informatics, and innovation in hardware used in hospitals.

Given such numbers, at least for India, the situation is ripe for healthcare startups to step in and bridge the gaps left in the provision of healthcare services by both the State and the Center. Some movement is being witnessed in the various sub-segments of healthcare mentioned previously, but a lot is desired in this domain given the massive scale of the population of our country. Baby steps have been taken which are yet to shake up the archaic system.

Innovation in healthcare startups in India

Some of the early entrants to the healthcare startup arena were Practo and Healthkart wherein the former helped people take an appointment using their app and the latter helping in ordering medicines to be delivered to their doorstep, ? la Big Basket for groceries. The appointment booking app, as a segment, is proving to be a boon for not only those residing in the metros but for those in Tier II and III cities as well wherein quality tertiary healthcare is not available. Whereas the medicine ordering apps are useful in the metro cities where people are constantly on the move and do not have time for stopping by a pharmacy.

Recognizing the scope of this sector, specialty-care, too, is riding the upside of the wave of healthcare startups. Startups in this domain are offering services in a particular vertical such as dental care, eye care, etc.

You May Also Like To Read:?Personal Healthcare Records Vault

Electronic health records is a system wherein your health information ? prescriptions, results from your diagnosis, hospitalization summaries, medicines consumed, etc. – is stored digitally and can be retrieved as and when required to get a detailed medical history of the patient, helping in better diagnosis and healthcare.

A large part of the success of such initiatives is the rampant proliferation of mobiles and improving telecom density to the point that telecom is now on the verge of becoming a utility rather than a luxury that it was in the mid-’90s. With Reliance Jio announcing path-breaking prices for data connectivity along with smartphones becoming affordable ? you can get a decent Android smartphone for less than INR 5,000 on EMI ? a sort of a revolution is in the making in the coming years.

Because healthcare startups have very recently picked up pace, the majority of the funding that is happening is at the Seed, Series A, and Series B stage primarily. According to a Rock Health report, ~USD 2 billion worth of funding has been pumped into healthcare in the first half of 2016. This appears to be a slightly conservative figure given the fact that Rock Health considers only those deals that are above USD 2 million,

At a global level, the action in the healthcare domain appears to be leveling off; it is still a wait-and-watch strategy many are adopting before taking a call on their next step.

In stark comparison to the global trend, Indian healthcare startup funding story appears to be thriving. If numbers are to be believed, H1 2016 already has crossed the overall 2015 calendar year mark of the number of deals and is way clear of the halfway mark of the total dollar invested for the same period. India could reap the proverbial population dividend and may beat the global trend in the coming years.

Challenges for healthcare startups in India

So far, the healthcare startup story in India has played out well, minus a few hiccups in the way. Case in point were the strikes announced by pharmacies who felt threatened by the e-commerce potential of their business. Such minor disruptions are bound to happen in a nation whose law is a bit slow at times to react to the changing times. The sale of medicines falls under the purview of the Drugs and Cosmetics Act, 1940. Legislators who wrote that act could obviously not have anticipated mobile apps in the year 2016 through which you could order medicines. Hence, the disconnect.

Such minor challenges notwithstanding, healthcare in India is poised for greater glory. There is still hope for India, especially the rural India, which is now slowly waking up to the fact that it too can access quality healthcare facilities.

Hopefully, there will not be any more Dashrath Manjhis in any part of India going forward. 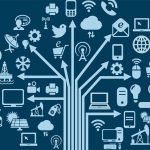 Platform & Aggregators In India ? Where Do We Go From Here?BLOG