Platform & Aggregators In India ? Where Do We Go From Here?

The difference between the platforms and aggregators

If you are a seller of micro SD cards and own a hole-in-a-wall shop at Heera Panna (Worli, Mumbai) or Palika Bazar (Connaught Place, New Delhi), then in your online avatar, you are an e-commerce website selling your merchandise. In case you have a larger shop area and your stock includes micro SD cards, mobile phones, covers for those cell phones, batteries for mobile phones, external hard drives, mobile phone chargers, headphones, geyser, TVs, fridge, music systems, speakers, microwave and other kitchen appliances, then in your online avatar, you are a marketplace. Imagine Croma in physical form and e-Bay or Flipkart in the online form. If you are the owner of Palika Bazar or Connaught Place and charge rent (or revenue share in some cases) from the vendors in these shopping complexes, then in your online avatar, you are an aggregator. The online equivalent of a Palika Bazar is PolicyBazar or Naaptol which helps you to reach out to those vendors who fit your bill/budget.

Deal aggregators bring on one page all the affiliates who are offering the same product (maybe at different prices). When you click on one link which suits you, you are taken to that affiliates website, and you proceed to your transaction. Think Trivago. It provides the comparison of rates of the same room in a hotel via its different affiliates. Whichever offer suits you, you proceed with the transaction.

Platforms (or marketplaces) have been around for close to 15 years now. In India, Brazil was the first such popular marketplace to enter the fray and was eventually bought out by e-Bay in the early 2000s. When a large number of platforms emerged, it became a bit difficult for the online shoppers to figure out where to get the best deals ? given deep discounts being offered by different platforms for the same product. Enter aggregators. Life became simpler for the online shoppers since now they do not have to open multiple windows on their browsers and do a manual comparison. Even if you do that, you have not browsed all the websites selling the same product and you are left with a feeling that there may have been a better deal lurking somewhere, but you just don?t know where to look. Aggregators solved that dilemma.

India and China are the forerunners for attracting capital?

China and India are attracting the bulk of investments in this sector because of the potential they both offer in the form of consumer/online shopper. China, with a population of 1.38 billion and India, with a population of 1.31 together comprise a market opportunity of 2.69 billion people. This combined population of India and China is projected to grow to 3 billion by 2030 with India overtaking China. For India, half of its population is in the segment age of 20-60 years (the consuming class). Hence, it becomes a no-brainer for any investor to encourage such startups in this domain to set up their operations. Flipkart, Snapdeal, Quikr have already snapped up the title of being Unicorns. There appears to be something for everyone in these two economies.

You May Also Like To Read: Platform to find Refurbishing Contractors

China is slightly ahead regarding attractiveness to the investors. Followed by US and India, the three countries together account for over 70% of the global investment in this sector. Asia, like region, had managed to attract over USD 1 billion in investment for six consecutive quarters between Q1?14 and Q2’15.

What is happening in India?

Market leaders have to be constantly looking over their shoulders to maintain their positions. Over the past few years, the sector has been feeling pangs of change in the form of consolidation (read mergers and acquisitions). With petite room to maneuver and with investors always looking over your shoulders to scrutinize your every action, it is increasingly becoming a challenge of massive proportions for the operators to function. With wafer thin margins, there is not much differentiation that one could talk about. With Cash on Delivery (CoD) being the dominant contributor to the revenues, it is a risky model given the high number of returns that the online buyers indulge in. In the process, the seller loses money on warehousing and logistics thanks to CoD model. There has to be a shift away from this model which ultimately bleeds cash for the seller. Maybe mobile wallets could be an answer for this.

Other trends to watch out for

There is always a debate raging whether the online will kill the brick-and-mortar store? To a large extent, the short answer is no. Having said that, the offline retail is feeling the heat of consumers opting for convenience rather than physically visiting them. Startups and online retailers, on the other hand, recognize the need of offering the touch and feel of an offline retailer and are hence, opening brick-and-mortar stores. Whatever works best for the consumer.

Amazon has introduced its ?Prime? service of free delivery within a day at a nominal charge. Free shipping will be a strategy most players will adopt shortly. Consumers have never had it so good for them in living memory. With stiff competition brewing between all the players ranging from the Amazons to the Flipkart’s to the Snapdeals and the e-Bays, the consumers are busy buying their next iPhone and a few colorful covers to match with their dresses or even the handbag which they ordered online.

So it will be interesting to see how the next generation of startups build on the demand generated by the sheer size of the population in countries like China and India. The last generation of platforms attracted and retained users by adopting a deep discounting strategy, putting essential metrics like customer satisfaction, supply chain and responsiveness at the bottom most rung of deliverables.

The general sentiment is that investors have lost money in the discounting war by the platforms, and now most of them are looking at the basics of business, that is getting the unit price economics right, superior customer experience, and lifetime value of a customer.

It will be a challenge for the Indian player to steer the ship and start using other arsenals to attract customers. Startups in India have traditionally thrown people and money at the problem, rather than getting to the cause of the issue.

Having said that, the entrepreneurs from India have the unique ability to rise from the ashes, the first round in India seems to have been lost to the biggies like Amazon, will the Indian entrepreneurs deliver a punch like what Didi did in China to Uber? Only time will tell. 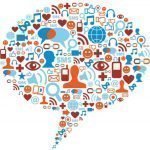 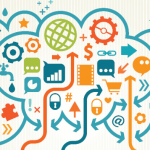 Emerging Technology Will Drive The FutureBLOG