The State of FinTech In Ireland

Is FinTech in Ireland globally renowned and whats it’s future? Ireland has globally leading FinTechs in online payment, financial service support, fraud detection and many other digital payment services. Innovations in new FinTech areas such as biometrics security, cryptocurrency technology, and personal finance have attracted global investment in the country.

An Island in North Atlantic, Republic of Ireland is a sovereign country. It’s northern part, which is known as Northern Ireland, decided to stay with United Kingdome in 1921 and it’s the only constituent of UK that the Republic of Ireland shares its border. Water bodies such as the Irish Sea, the North Channel, St. George?s Channel, the Celtic Sea and the Atlantic Ocean surround the whole island, Republic of Ireland and Northern Ireland. The country joined the European Union in 1973, and since then it progressed to transform from agrarian to modern and high technology economy.

According to Worldometers which bases its population calculation on the latest United Nations estimates, the country’s current population is 4,741,153 as of Monday, April 10, 2017. It’s equivalent to 0.06% of the total world population. 69 persons in one Km2 is the population density, and about 65% population lives in urban areas.

The Republic of Ireland has a long history of emigration. While the Great Famine of mid 19th century led to mass emigration, it reversed during the 1990s of Irish economy boom. Once again, the 2008 economic crisis witnessed Irish working population leaving the country for other destinations for jobs.

This small country has earned huge global appreciation in the history of literary and musical achievements. It has also emerged a popular study destination for international students as the country’s seven public universities such as Trinity College in Dublin, and the University of Dublin got rankings within the world’s top 700 in the QS World University Rankings? 2016-2017.

The country’s economy is majorly based on high-tech trade, services and export, but agriculture still accounts for about 45% of the GDP. Export remains the major contributor to the GDP and country’s economic progress.

Irish business and credit risk analyst Vision-net.ie, in its latest release, says that 12,626 new companies were established in Ireland in the first quarter of 2017 which is 10.3% more when compared to the same period in 2016. In fact, January 2017 recorded a high number of companies’ registration for the corresponding months in the last 17 years.

The most popular counties out of all 26 counties in the Republic of Ireland for new startups in the first quarter of 2017 are Dublin, Cork, Galway, Meath and Kildare. While Cork recorded a 17% decrease in the number of registration of new startups, rest four showed impressive growth from the previous years.

Companies that deal in professional services sector dominate the startup scene with 9.3% of the total registration in the first quarter. Other sectors in order of their popularity are construction, agriculture, finance, social and personal services and transport & logistics. Experts say that the remarkable rise in registration figure shows companies have responded well to several positive steps that government has taken to encourage startup eco-system in the country.

How big is FinTech in Ireland?

Reports say that Ireland’s FinTech scene is further expanding and opening up a plethora of opportunities for young tech population. Social payment firm Circle has plans to double its workforce. Kabbage, a US-based online financial technology company, also has plans to have its European headquarter in Dublin. Reverence Capital Partners, a US private investment firm, has also expressed its desire to create job opportunities in the high-quality financial services.

Status of policy regulation in Ireland?and its Impact on FinTech in Ireland

The government in Ireland has taken adequate steps to foster entrepreneurship as it gives corporate tax exemption for those businesses in startup stage. However, a recent survey by EY says that 72% entrepreneurs say that the rate of personal income tax is quite high in Ireland and this poses a significant challenge for the business establishment and growth. The survey was based on the responses from 160 entrepreneurs; out of which two-third say the cost of labor and insurance along with high tax play spoilsport in doing business.

Ireland’s Incubator and Accelerator programs are well known all over Europe due to world-class mentoring and financial support. While Incubator takes care of a new fledgling business with support such as seed capital, office space, networking opportunities, etc., accelerator identifies and gives support to those businesses, which have some potential to grow.

Some of the top Irish incubators are The National Design Research Centre, SouthEast BIC, NovaUCD, ARC Labs Waterford and Kitchen Incubators Kerry (KIK). Accelerators such as Propeller Venture Accelerator, Enterprise Ireland ? Competitive Start, UCC IGNITE have assisted many startups to climb the success ladder with its financial and technical support.

Among the prominent accelerators is the FinTech Innovation Lab by Run by Accenture Ireland. Its mentors include globally-acknowledged financial and tech experts from organizations such as PayPal, Citibank, Bank of Ireland, Allied Irish Bank, Google to name a few.

These incubators and accelerators have played a crucial role in shaping up the ideal FinTech eco-system in Ireland. Many expert groups have said in its reports that Dublin can replace London as the capital of European FinTech investment and after Brexit, it looks more probable than ever.

Before 2008, financial technology companies were a threat to top financial institutions in Ireland, but the two sectors didn’t develop any symbiotic relations since then. But the financial crisis of 2008 changed everything in Ireland. Big banks and renowned financial establishments started becoming irrelevant to the new generations for various financial services such as payment, money transfer, loans, international commercial transactions, etc.

So these institutions are now trying to leverage the benefits of technological innovation by collaborating with some of the FinTechs. However, it is not easier said than done. Banking sector doesn’t have expertise in IT sector but to remain relevant with the changing time, they have started working towards their IT up-gradation.

Ireland is all set to emerge as the European FinTech hub of Europe, particularly in a time of Brexit. Reports suggest that top banks have decided to move their London-based operations to other places inside the European Union from where they can continue to access the single market. In such scenario, Dublin has Frankfurt as the only rival.

At the same time startup friendly, government initiatives are attracting new ventures from around the world, which are looking to access EU market. This provides a healthy environment for FinTech startups creating good synergy between financial services and tech-based startups.

Copyright All Rights Reserved ? Yostartups | Please do not copy without written permission | www.yostartups.com

This article is from Yostartups, YoStartups is a Pre Accelerator, and it empowers entrepreneurs to propel their business ideas into successful ventures. Yostartups? core mission is to take the message of entrepreneurship to 1 billion people globally by 2020.

In case you are looking at scaling or launching a venture on similar lines, you can apply for our virtual acceleration program Excelrate on our website, Yostartups.com, Yostartups? Excelrate program will help you in streamlining and structuring your startup idea. We have limited scholarships and discount packs for deserving business ideas, depending on the strength of your startup ideas, you may qualify for a discount.

*Any views, opinions and guidance set out in this website are provided for information purposes only, and do not purport to be legal and/or professional advice or a definitive interpretation of any law, marketability or fitness for a particular business idea for any market or industry segment. Anyone contemplating action in respect of matters set out in this website should obtain advice from a suitably qualified professional adviser based on their unique requirements. Yostartups, its employees, shareholders, directors, vendors, contractors, partners, associates, authors and contributors, make no representations or warranties of any kind, express or implied, about the completeness, accuracy, reliability, suitability or availability with respect to the website or the information, products, services, or related graphics contained on the website for any purpose. Any reliance you place on such information is strictly at your own risk. 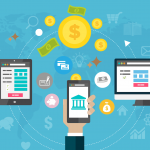 Will UPI by the Govt. of India Kill Other FinTech Players?Fintech, Startup Thought Leaders 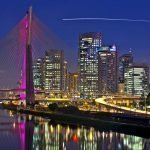