More and more roles at the senior leadership level are global in nature; the leader has to work with people from different nationalities. This experience of working with residents from other cultures is precious and is an important part of becoming a leader who is adept at managing global portfolios.

You must keep in mind that the foreign-born colleagues are great adapters. They have meshed and adapted to the new culture not necessarily because they loved it but because that was the only choice they had. If they are working in the Canada, for instance, they have learned how to thrive in the Canadian workplace by making the best use of their culture traits along with those with those valued by the Canadian culture. People born and raised in one country with significant experience in another may at times feel a bit isolated in both the cultures, as they have kept on balancing the demands from both the sides. They are very comfortable with other immigrants, irrespective of the nationality, for the common thread is the giving up of their home culture in favour of the country they have moved into.

If you are working with people who live and work in their native country, surrounded by members of their culture, requires that you adapt to their style. You cannot and should not base your interaction with foreign colleagues by what you see in your foreign ? born colleague from the same nationality in the office. They are different.

Let me narrate a story from my experience. Peter, an American Account Manager, was assigned his first Indian team for servicing his client?s portfolio in India, learned early on that managing an Indian team in India was different from managing Indian ? born team members working in America. With the spirit to start right with his new team members, Peter set up an individual conference call with each of them. He had done these calls with his new team members, including those born in India, Peter found these calls to be an excellent way to break the ice and build cohesiveness.

To Peter?s? dismay, his calls with his Indian team members, who spoke excellent English, was not savoury and left him a bit frustrated. The team members seemed to avoid answering any direct questions and acted as if they could not wait to end the call. Peter hung up dejected, and a bit insulted. After all, he had taken time out of his busy schedule to talk with each one of them, and they acted as if they did not want to be disturbed. His first thought was, ? Why are they behaving in this manner? ?

If Peter had discussed his plans with his U.S. ? based Indian team members, he might have skipped, or at least postponed his call. He would have learned that Indians are often more group oriented and deferential to their immediate manager than their U.S. colleagues are. Many of them are uncomfortable offering an individual opinion without talking it over with their fellow team members. A one ? on ? one telephone call with a new manager, especially one who may outrank their local supervisor, is likely to be a not so good experience for these team members.

If you want to master the art of managing cross-border roles, try working with as many nationalities as possible one by one.? Learning the work culture and values of international team members or leaders is always time well spent and would make you a global manager. 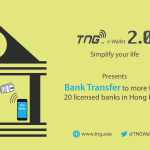